When will the Apple Watch and Microsoft Band be on sale in Europe? 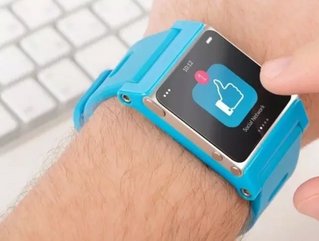 Samsung forecasts that more than 2.6 wearables will be sold across the UK, Spain, Germany and the Netherlands during the festive season, despite the absence of Apple and Microsoft.

Apple looks set to release its high anticipated smartwatch in the Spring of next year, but whether the device will go on sale in Europe at this time is unclear. If it follows the same direction as Apple Pay it is likely to launch in America first with some delay before expansion elsewhere.

Consensus seems to be established that it will be at least until after Chinese New Year (February 19) when the Apple Watch hits retail, this being based on comments made by Angela Ahrendts, Apple's senior vice president of retail and online stores.

It is expected to retail in the US for around $350 with rumours suggesting high end gold versions could be sold for $5,000.

In terms of spending behaviour this Christmas in Europe, fitness and activity trackers expected to be the most popular wearables, which would be good news for the Microsoft Band if it were on sale here.

Across the UK, Germany, Spain and the Netherlands, around 1.05 million health and fitness devices are predicted to be sold, which amounts to €81.41 million in revenues, with Microsoft no doubt eager to add to this in future festive periods.

Microsoft Band is already on sale in the US (for $199) and is a direct rival to the Galaxy Gear Fit, though there is no word on when it will arrive in the UK and the rest of Europe.