BASF factory explosion: how much damage was done at Ludwigshafen? 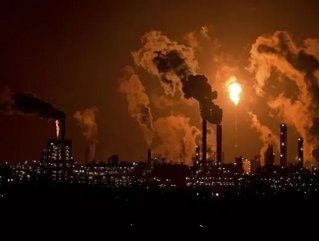 Leading German chemical producer BASF has confirmed it will gradually be resuming operations following an explosion and fire at its site in Ludwigshafen.

Three workers lost their lives during the incident, while another 25 were injured. There is also a huge amount of structural and material damage, which the company revealed in a statement.

Both steamcrackers were shut down as a result of a fire in the North Harbor on October 17, due to the interruption in raw material supply. As a result, additional Verbund plants in the ethylene and propylene value chains were shut down or production reduced. In total, 24 plants have been shut down, including both steamcrackers, due to the fire. Some of the plants were able to continue producing using existing raw material inventory.

BASF is currently preparing an alternative naphtha supply for the steamcrackers via the harbor on Friesenheim Island. This supply is decoupled from the incident area. When the steamcrackers are started up, most of the affected plants will also be gradually restarted or will increase production over the next few days.

The fire damaged various pipelines including those for externally purchased raw materials. Therefore, BASF has declared Force Majeure for the purchase of naphtha, ethylene and propylene.

Currently, various measures are being evaluated to minimize the impact on customer deliveries. BASF is in close contact with its customers to keep them informed about the current availability of products.

The intermodal transport terminal is currently closed for safety reasons. The facility is not damaged and can be accessed after being cleared. The railway system was also not damaged by the incident. The train service on-site is available. The incoming and outgoing rail traffic is being handled via the southern exit, since the northern exit is currently closed due to safety reasons. The passenger traffic between the Ludwigshafen main station and the site is available.