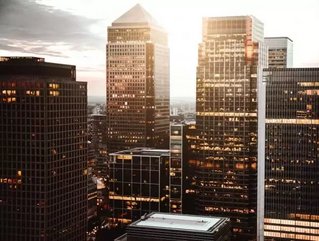 In the first of a new series of features examining the business sectors of Europe's biggest cities, we look at London and its unparalleled financial sector.

In The News
London was crowned the top economic city in 2017 by Colliers’ International European Cities of Influence Report.

The report, which rated 50 major European cities, cited the UK as the most attractive country for employability, despite concerns around stability as it prepares to leave the European Union, and said London was considered the best economy in Europe. Another UK city, Manchester, came third.

Simon Ford, director of Colliers, said: “In the face of negative reports surrounding the UK’s political, social, economic and country risk issues, our research demonstrated that the country as a whole remains in a particularly strong position.

“While London may not score as highly as other European cities on some quality of life factors, it is apparent that companies in the capital have started to place more emphasis on creating workplaces that help accelerate their business and attract talent.”

Damian Harrington, head of European, Middle East and Asia research at Colliers, added: “It is clear from our analysis that the operational risk profile of the UK has weakened as a result of Brexit, more so than any other European country since 2014 - yet it remains one of the lowest risk European countries to set up and operate a business, and the added benefit of far more flexible labour laws means UK cities take a very strong standing.”

Indeed, one in three global conglomerates currently have London as their European hub.  Three of the largest global businesses headquartered in the city are Barclays, HSBC and Virgin.

Big Business
Barclays has a 300-year history dating back to the 1700s. The bank as we know it was formed by an 1896 merger of 20 different banks comprising 182 branches and 806 employees. The bank has been involved in many firsts, having launched the first credit card in the UK in 1966, introduced the world’s first cash machine in 1967, and launched the first contactless card in the UK in 2001.

On a global level, Barclays was the first UK bank to be listed on the New York and Tokyo stock exchanges in 1986. Nowadays, it has operations in 40 countries across Europe, Africa and the Middle East, Asia Pacific and the Americas. Under chairman John McFarlane and Group CEO Jes Stanley, operating from its Canary Wharf office, the group employs 119,000 people globally within its two main segments: Barclays International and Barclays UK.

The bank is now 122 on Forbes’ Global 2000 list and has a market cap of $45.4bn with sales listed as $29.19bn. It has recently launched a global fintech programme called the Barclays Accelerator, which not long ago celebrated the ‘graduation’ of its 100th company. The programme has been compared to “getting your MBA in 13 weeks,” and has had 5,000 applicants since 2014. Of those businesses to have completed the programme, 40 are based in London, 20 in Cape Town, 20 in Tel Aviv and 20 in New York.

HSBC is one of the largest financial institutions in the world. It started as the Birmingham and Midland Bank in the UK in 1836, and opened its first office in London by purchasing the Central Bank of London Ltd in 1891. It has been based in the city ever since, and moved into its purpose-built headquarters in Canary Wharf in 2002. However, in 2018 the bank is set to move to a new building in its original home of Birmingham, which will accommodate 2,000 HSBC UK staff. The organisation became incorporated in 1959 and was the first British bank to issue cheque guarantee cards in 1966.

Nowadays, HSBC operates in 67 countries across the world covering five territories: Europe, Asia, Middle East and Africa, North America and Latin America. It serves around 38mn customers through its four segments: retail banking and wealth management; commercial banking; global banking and markets and global private banking. There are 3,900 HSBC offices worldwide and the institution is listed on the London, Hong Kong, New York, Paris and Bermuda stock exchanges. Under Group CEO Entionio Simoes and UK CEO Ian Stuart, the bank has over 203,000 shareholders in 132 countries and territories and boasts a total of 232,000 staff.

Virgin Group is headquartered in the Battleship Building in Paddington. The group has quite a unique structure compared to, say, Barclays or HSBC, in that its wide-ranging brand is sometimes licensed out while some elements remain part of a conglomerate. As a whole, the Virgin brand boasts 99% brand recognition in the UK and 96% in the US. Incorporated in 1989 and now classed as a holding company, Virgin has been around since the 1970s when Richard Branson and Nik Powell began a record business called Virgin. Sir Richard Branson is currently the seventh richest person in the UK and is number 324 on Forbes’ Billionaires list.

The group has over 60 businesses serving a total of over 53mn customers across the world, with its website stating the group’s global revenue as $22.17bn. 69,000 staff are employed by the Virgin Group across 35 countries, operating across developing and developed markets. Some Virgin’s most widely-known brands include Virgin Media, Virgin Mobile, Virgin Atlantic and Virgin Trains. Virgin’s banking service, Virgin Money Holdings, ranks among Forbes’ Global 2000 and is stated to have a market cap of $1.7mn with 3,139 employees.

The Stats
London is one of the largest city economies in the world with a GDP of over $754bn. Altogether, this makes up about 17% of the UK’s total GDP. The port of London handles around 48mn tonnes of cargo every year, according to UNCSBRP.org. Though London’s economy rose through its manufacturing industries over the past century, the key sector is now banking and financial services, with the famous Canary Wharf development housing some of the biggest players in the banking world – in fact, London plays host to more foreign banks than any other city. Financial and business services make up about $20.6bn (£15.5bn) of London’s total $49.1bn (£37bn) annual export worth.

The London stock exchange is the largest in the world and accounts for around 32% of global transactions. According to UNCSBRP, London trades in more US dollars than New York, and more Euros than all other European cities combined. As a whole, the city’s tertiary sector employs 3.2mn people in London, of which 1.25mn work in the financial sector.