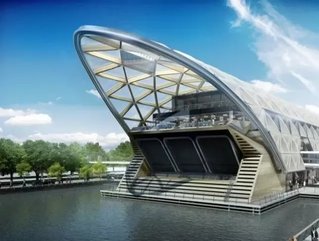 Central London retail space is forecast to increase eight percent by 2020 thanks to construction of the new underground Crossrail project.

The current retail development pipeline is based around the seven new Central London Crossrail stations totalling some 2.3 million sq ft. This comprises 40 schemes and is the equivalent of 1,000 standard retail units or four Selfridges stores.

In particular, the new station at Tottenham Court Road is set to transform the eastern end of Oxford Street by attracting a growing number of international brands to the area.

One of the best examples is Zara, which is set to open one of its largest UK flagship stores at 61-69 Oxford Street in 2015.

Traditionally, this area has been occupied by smaller, independent retailers which did not cater for international shoppers. However, Primark’s arrival in 2013 and Zara’s expected opening in 2015 demonstrate the extent to which the location is being transformed as a result of new infrastructure.

Oxford Street itself currently has nine schemes over 20,000 sq ft in the pipeline. Up to 450,000 sq ft of new or redeveloped space is expected by 2018 and, with Crossrail providing direct access to the West End’s main shopping thoroughfares, millions of potential extra shoppers will now have quick and easy access to London’s retail core.

Crossrail is not the only infrastructure scheme which is transforming London’s retail landscape. The two-station Northern line extension to Battersea Power Station has released large tracts of underutilised land for development.

Chris Babatope, Research Analyst, Knight Frank, said: “From Paddington to Canary Wharf in less than 20 minutes, Crossrail is set to drastically change travel across London. Largely on the back of Crossrail, we are seeing a significant increase in retail development, with key retail markets in the West End set to expand outside of traditional boundaries.

With the most optimistic forecast suggesting millions of extra visitors to the West End every year, it is expected that there will be substantial increases in footfall, leading to significant rental growth. This will not only boost prime pitches, such as Oxford Street and Regent Street, but also smaller submarkets further afield, including Seven Dials and Long Acre in Covent Garden.”