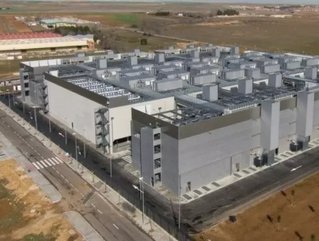 The approval is conditional upon the full implementation of a commitments package submitted by Telefónica.

There were concerns that the merger would have removed two close competitors and important competitive forces from the German mobile telecommunications market and that it would have further weakened the position of Mobile Virtual Network Operators (MVNOs) and Service Providers to the detriment of consumers.

To address these concerns, Telefónica submitted commitments ensuring that new competitors will enter the mobile telecommunications market in Germany and that the position of existing competitors is strengthened.

Commission Vice President in charge of competition policy Joaquín Almunia commented: "The remedies to which Telefónica commits ensure that the acquisition of E-Plus will not harm competition in the German telecoms markets. Consumers will continue to enjoy the benefits of a competitive market."

The merger would bring together the third and the fourth largest mobile network operators (MNOs) in Germany and would lead to a market structure with three MNOs of a similar size.

In addition to the loss of competition between the merging parties, which are currently close competitors at the retail level, the merger would remove E-Plus and Telefónica as important competitive forces from the market and change their incentives to compete aggressively.

Likewise, the incentives of the other MNOs - Deutsche Telekom and Vodafone - to compete aggressively would decrease.

Finally, the ability and incentives of other players, that is to say MVNOs, Service Providers and Branded Resellers, to exercise competitive pressure on MNOs at the retail level are already limited today and would further decrease following the acquisition. The commitments

To remove those concerns, Telefónica submitted commitments based on three components. First, Telefónica offered a package of commitments aimed at ensuring the short-term entry or expansion of one or several MVNOs which will compete with the merged entity.

This remedy ensures that up to three MVNOs will enter the German market with the necessary degree of certainty.

Second, Telefónica commits to offer to divest radio wave spectrum and certain assets either to a new MNO entrant or subsequently to the MVNO(s) who will have taken up the network capacity thanks to the first part of the commitments.

Third, Telefónica commits to extend existing wholesale agreements with Telefónica's and E-Plus' partners (i.e. MVNOs and Service Providers) and to offer wholesale 4G services to all interested players in the future.

In addition, Telefónica commits to improve its wholesale partners' ability to switch their customers from one MNO to another.