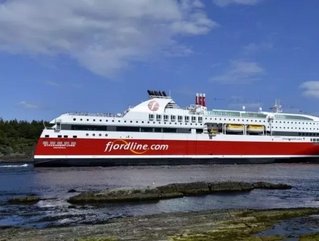 The European Investment Bank (EIB) is providing a €124 million loan to the shipping company Fjord Line for the expansion of its fleet in a bid to boost sustainable transport in the region.

Two new LNG cruise ferries are operating between Bergen, Stavanger, Langesund (Norway) and Hirtshals (Denmark). The ferries – MS “Stavangerfjord” and MS “Bergensfjord” – were delivered by the Norwegian shipbuilder Bergen Group in 2013 and earlier this year.

Each of the new vessels offers daily services for up to 1,500 passengers and 600 vehicles. They have been constructed to the highest international and European environmental standards and are equipped with LNG-fuelled engines.

The reduction of CO2 emissions in using these new engines can reach as high as 23 percent in comparison with the use of standard marine engines powered by heavy fuel oil.

Peter Frølich, Chairman of the Board of Fjord Line said: "The EIB’s involvement is recognition of Fjord Line's commitment to sustainable sea transportation between Norway and the EU.

We are proud to be the first Norwegian maritime transport company to have signed a loan agreement with the European Investment Bank. The loan assures us long-term financial resources at a lower cost, thus providing financial value added for Fjord Line.

“Considering that Norwegian maritime traditions go all the way back to the Viking age, it seemed only right to have a heavy Norwegian presence in the design and construction of the ships, which was done by Bergen Group Fosen with many Norwegian contributors and suppliers.

“The beauty of these ships is much more than skin deep. They are built to shrug off the often-harsh conditions of the North Sea.”

Fjord Line's new cruise ferries are both 170 metres long and have deadweight of 3,900 tonnes. Each ship has 306 cabins.