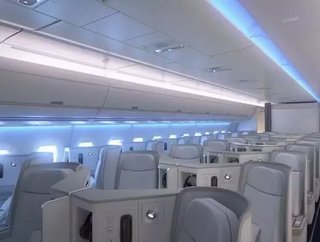 On 7 October 2015, Helsinki Airport will become the first European airport to act as a home airport for the Airbus A350 XWB aircraft. The new aircraft boosts the future growth of the airport.

“The landing of the A350 is a wonderful opportunity for us because we are the first European airport to act as a home airport for the new aircraft,” says Ville Haapasaari, Director of Helsinki Airport at Finavia.

The airport is ready for the nearly 300-seat aircraft. Some renovation has been done on the two oldest passenger bridges, but no other modifications have been necessary.

“New types of aircraft do not cause any major challenges or modification needs because we are constantly keeping good care of our airport and developing it at all times. Everything is ready, even considering the level of rescue readiness, and we are eagerly awaiting for the plane to arrive,” says Heini Noronen-Juhola, Vice President of Helsinki Airport at Finavia.

The Airbus A350 has visited Helsinki Airport once before, in summer 2014. Now, the new aircraft will be parked and connected to a passenger bridge for the first time. This is also the largest Airbus model which will be parked at a bridge at Helsinki Vantaa.

“The parking of all aircraft must abide by the safety rules. Parking is regulated in great detail. When, for example, a new type of aircraft is connected to a passenger bridge for the first time, its docking guidance system must always be calibrated separately. This is extremely detailed work,” Noronen-Juhola says.

The Airbus A350 XWB will land at Helsinki Airport on 7 October and will be celebrated with the traditional water salute. The water cannons of the airport's fire trucks will draw a high arch, under which the aircraft will glide on the taxiway.

The A350 boosts the growth of Helsinki Airport

Finavia is implementing a massive development programme at Helsinki Airport with the goal of preparing the airport to serve 20 million customers a year in 2020.

“Air traffic between Asia and Europe is expected to grow exponentially in the next few years. We need to improve all of the functions and services of Helsinki Airport in order to keep up with the competition,” says Kari Savolainen, CEO of Finavia.

The operation of the Airbus A350 XWB from Helsinki Airport will give a boost to the airport's development as an international transit airport.

“The new aircraft is a wonderful indication that our development programme is heading in the right direction. Even though the actual expansion of the airport is only about to begin, we are already prepared to accommodate new larger aircraft,” Savolainen adds.

The larger the aircraft, the more passengers it carries

In addition to the Helsinki Airport terminal expansion project to be launched at the beginning of 2016, the aircraft parking and taxiing area will face significant modifications.

Wide-bodied aircraft, such as the Airbus A350 XWB, will have eight new bridge stands, doubling the current number of stands. As a result, there will be less need to transport passengers to planes by bus.

Spot the A350 and be prepared for congestion

The landing of the long-awaited Airbus A350 XWB will get aircraft spotters on the move. Therefore, be prepared for congestion close to the airport on 7 October.

On its website and social media channels, Finavia will communicate the landing direction and the best locations to see the aircraft as soon as the landing runway has been specified.

Follow the approach, arrival time and landing runway of the aircraft on Twitter with hashtags #helsinkiairport, #A350 and #A350Finnair.