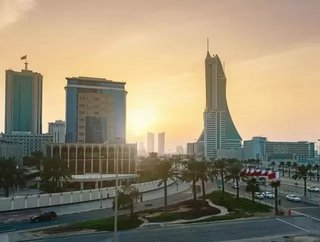 The major financial company MasterCard hase strengthened its UAE presence with amove to Bahrain, opening its first office in the region.

As part of the company’s ambition to strengthen its presence in the Middle East and Africa reigon, MasterCard held an official inauguration event earlier this week.

Some major players in the Middle Eastern banking and financial industry, including a number of senior MasterCard Senior Executives attended the event.

“MasterCard has a long and rich history with the Kingdom, and the opening of our first dedicated office further cements our footprint in the market as we get ever closer to our local partners. We have a robust expansion and growth strategy in place for the region, and the establishment of our formal presence is a key pillar as we look to further meet the market-specific needs of our customers. We look forward to leveraging our global and local expertise and innovation capabilities to roll out world-class payments technologies in this market alongside our partners,” said Raghu Malhotra, President, Middle East and Africa, MasterCard.

The commencement of MasterCard’s formal operations in Bahrain follows the opening of a dedicated office in Pakistan in late 2016.

MasterCard in the Middle East

This is not the first instance of MasterCard making its mark on the Middle East region. Earlier this year the company was involved in the Arab Women in Leadership and Business Summit that took place at the Sheraton Grand Hotel in Dubai.

Jumanah Anter (MasterCard’s Senior Vice President, Global Communications) joined a number of important business leaders, entrepreneurs and change-makers from both the public and private sectors to shine a light upon the unprecedented impact women are making in the business world and entrepreneurial ecosystem in the region.

This followed the news that MasterCard had a major shakeup in its leadership in the UAE.

And finally, in the January issue of Business Review Middle East, we spoke with Ragu Malhorta about the digital revolution of banking in the region.

“Access to information and bank accounts is very easy. You don't have to put billions of dollars or hardware into the shops any longer,” he says.