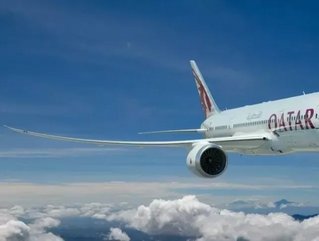 Qatar Airways has bought almost 10 percent of IAG, the parent company owning British Airways and Iberia, for around £1.15 billion.

This is the second such move made by a Gulf airline into Europe, Qatar Airways following Etihad after it purchased 49 percent of struggling Italian carrier Alitalia.

The company confirmed in a statement that it had acquired a 9.99 percent stake in IAG, just weeks after CEO Akbar al-Baker said that European rivals would not be able to keep up with competition from the Middle East.

Instead he sees this as “an excellent opportunity to further develop our westwards strategy”. He added: “Having joined the oneworld alliance it makes sense for us to work more closely together in the near term and we look forward to forging a long-term relationship.”

Qatar Airways, Emirates and Etihad have assumed a sizable share of the long-haul market, using their homelands as a node on which to forward passengers onto the likes of Asia and Oceania.

Non-EU shareholders of IAG including Qatar Airways are subject to an overall cap on non-EU ownership as a result of the requirement for EU airlines to be majority owned by EU shareholders. Qatar Airways may consider increasing its stake further over time although this is not currently intended to exceed 9.99 percent.