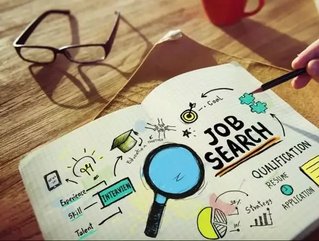 According to the recent Adzuna UK Job Market Report, there are now two jobs for every job seeker. The ratio of job seekers to jobs has fallen to 0.54, almost halving from 0.95 in October 2014.

This along with a festive boom in jobs means there’s less competition than ever when it comes to finding a job. The latest ONS statistics show that unemployment has fallen to 5.3%, the lowest figure since early 2008. Employment levels have been boosted as more people take on temporary work, part-time employment and self-employment.

Doug Monro, co-founder of Adzuna, said: “Twice as many jobs should mean twice as many choices for jobseekers – but this is only true for those with the right skills. Rising vacancies are signalling a spiralling skills gap, which appears to be worsening as many positions are left empty. As the festive season approaches, employers and companies are yet again reliant on the delicate yet crucial role internally migrating workers and workers from overseas have to play.

“Many of the jobs currently being born are temporary positions, leaving workers without long-term job security and reliant on the seasonal economy. However, these new jobs do bring a rare flexibility to workers, offering part-time and temporary options which can be a lifeline to those in need of income. But in this day and age, jobseekers shouldn’t have to choose between security and flexibility – these benefits should be available to everyone.”

The report also showed that wages are rising while advertised salaries are falling. This means that it’s beneficial for employees to stay within their current roles, where possible. The 0.2% drop in average advertised salary from September is down to the lower paid retail and customer service positions that flood the market during the run-up to Christmas.

Another reason from the drop in average salaries over a year is due to the skills gap. Employers are preferring to hire junior staff and train them on the job as it’s difficult to find fully skilled high-level applicants.

This is good news for workers as they are getting on-the-job training and the average wage is rising as employers strive to keep people on board.

Monro said: “Wages are continuing to climb as advertised salaries slide, meaning the prospects for those in work, and those looking for work, are further diverging. With the National Living Wage coming into force next April, the outlook is bright for current employees of all levels. Workers in the lowest-paid positions will see the instant benefit of a pay hike, while more experienced workers are feeling the warmth of pay rises as their employers pull out all the stops to convince them to stay put.”