Africa Cup of Nations: a lesson in marketing 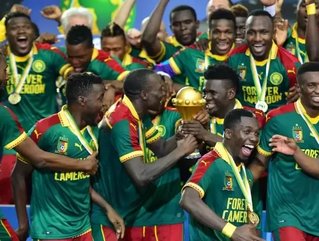 Last month we saw the best in African football come together to compete in the 31st edition of the Total Africa Cup of Nations (AFCON), in Gabon. Cameroon’s Les Lions Indomptables showed resilience and a spirit that transcends across Africa, to score a last minute goal and claim victory over seven-time champions Egypt. But how has football developed in the continent and with the rising popularity of African football, what does this mean for brands investing in sport?

With six of the 10 fastest growing countries in the past decade coming from Africa and a GDP growing at almost double the global average, it’s clear the continent is fast becoming a financial powerhouse. Already home to 700 companies with revenue greater than $500 million, including 400 companies with a revenue of more than $1 billion per year, it is set to be one of the greatest economic success stories this century. With its unique style, passion and quality, African football is the driving force behind the engagement of hundreds of millions of fans across the globe.

One of the biggest impacts comes from the growing popularity of African footballers. Relatively unknown two decades ago, stars like Yaya Touré, Pierre-Emerick Aubameyang, Didier Drogba, Gervinho, Yacine Brahimi and Riyad Mahrez have shone a spotlight on African football. Their prominence in European leagues including the Premier League and Bundesliga showcases the quality of players coming from Africa, and a style of play that adds vibrancy and competitiveness to the international stage (the World Cup in particular).

Now with grassroots initiatives, coaching of local children and funding and support available for development projects, the heavy investment in the future of African football will allow many more players to come through, further contributing to the growth of football in Africa. With this development, perhaps the future stars of football will look to African leagues as a destination of choice? Who knows, but with this rapid growth I can certainly see the African leagues rivalling the European ones!

Governing sport in the continent, the Confédération Africaine de Football (CAF), was founded in 1957. With 10 principal events it is Africa’s most powerful sports marketing platform. An investment in a premium property such as CAF can provide brands with consistent brand exposure and a key to all African markets. This year’s AFCON saw the implementation of advertising tools such as LED systems in the stadiums for the first time, which gave sponsors the opportunity to advertise messages across almost the entire pitch perimeter at once. Digital activations also saw 20 million fans engage across online channels, and the official hashtag #CAN2017 exceeded six billion impressions on social media.

Already big name brands have seen the potential of African football, with Total becoming the title sponsor for CAF’s top competitions. Patrick Pouyanné, President and Chief Executive Officer of Total believes that the company's commitment enables it to strengthen ties with stakeholders and customers through exciting, celebratory events that are always popular, including within Total’s own teams.

Orange has also renewed its relationship with CAF and signed a new eight-year partnership as an official sponsor. Bruno Mettling, Deputy CEO of Orange, and CEO of Orange Middle East and Africa, says that football is the number one passion of its customers in Africa and the Middle East, thus this new partnership allows them to bring customers even closer to the events and things they love.

With Total AFCON over and attention now turning to the Total CAF Champions League and the FIFA World Cup 2018 Russia™, players, businesses and Africa are showing no signs of slowing down. A continent that could make up a quarter of the global economy by 2050 is definitely worth a visit.