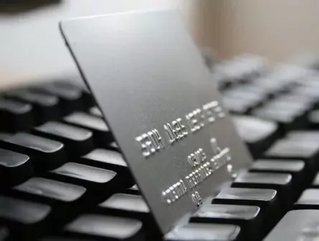 There is a distinctly upbeat air from two of South Africa’s best-known online retailers, Exclusives.co.za and Kalahari.com. Unsurprisingly, both have their sights set on the opportunities that mobile brings, but in the meantime are finding South Africans keen online shoppers.

Exclusives.co.za’s General Manager, Ben Williams, maintains it’s getting down to basics that is key to attracting and retaining online shoppers in South Africa. Success is down to “boring, basic stuff” he says.

Key to Williams’ strategy is “good marketing of good pricing”. Online prices must beat the prices in physical stores and then be communicated effectively. For instance, says Williams, although Exclusives.co.za is known to be good for books, he is working to build awareness of its pricing in other categories as well, such as e-books, music and games.

Secondly a commitment to delivery is vital, says Williams. And this is not delivery in the marketing weasel-word sense, this refers to the actual delivery of a physical item to a customers within the time promised. And once an expectation has been set, it can be a huge challenge to meet this: for instance a book might need to be delivered from the west coast of America, rather than the east, adding a week to the delivery time.

“Logistics are crucial,” says Williams. “Businesses that have watertight supply chains are winning.”

Finally, security is the third key factor in attracting and retaining online shoppers, says Williams. Here, as well as the usual digital trust certifications, such as Thawte, Exclusives.co.za benefits from the affiliation with a known and established offline store, Exclusive Books. “This provides an element of built-in trust,” says Williams.

As an aside, Williams describes the relationship between Exclusives.co.za and the bricks and mortar stores as having a “natural tension”. While the offline side of the business is wary of the online pricing, it recognises that online retail is key to the overall group strategy. Williams is excited by the role e-books plays as an intersection between the online and offline stores: while the e-books might be bought online, customers are likely to also shop for e-book readers in physical stores, and be shown how to use them in-store.

The rise of e-commerce

Williams maintains that “South Africans are prepared to go into the online space and buy, and this is driven by the growing web penetration.”

This sentiment is borne out by findings from research house World Wide Worx that show that online retail in South Africa has entered a phased of sustained acceleration. The Online Retail in SA 2011 study shows that the total spent on online retail goods in South Africa passed the R2 billion mark in 2010 for the first time. It reached R2,028 billion, growing at 30 percent over the previous year. According to the report, the industry expects 40 percent growth this year, the highest ever.

“This dramatic rise in online retail comes in the wake of an ongoing increase in the number of experienced internet users in South Africa,” says Arthur Goldstuck, Managing Director of World Wide Worx. “Last year there were 3.6 million people who had been online for five years or more. By 2015, that figure will be 6.8 million – almost double the potential e-commerce market of today.”

But what about the rest of Africa?

MIH, Kalahari.com’s holding company, has taken online classifieds to east and west Africa in the form of Dealfish.com. According to the company, Dealfish is a highly moderated classifieds website that connects buyers with sellers. Deals are concluded when buyers and sellers connect offline, which MIH maintains a successful pre e-commerce model for Africa.

But for both companies, mobile e-commerce is the key to unlocking the potential of online shopping in Africa.

Exclusives.co.za’s Williams says that mobile browser Opera Mini is the fastest growing browser used to access the site. The success of any mobile e-commerce strategy, however, is predicated on the emergence of a well-developed mobile banking system to reduce payment friction when shopping via a mobile device. This is the holy grail, says Williams, even if it’s just PayPal for the moment.

Kalahari.com’s CEO, Gary Novitzkas points out that in developing countries such as South Africa where mobile phone penetration outnumbers fixed internet users 5:2, the mobile screen is the only screen for many. “The figures speak for themselves. Our future is mobile. This is where e-tailers in South Africa and indeed Africa can expect to see their most prolific growth,” he says.