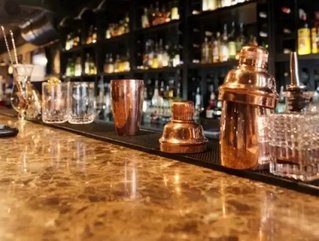 It has been announced today that Diageo Plc will invest in expanding its Africa-based operations. The company, who owns popular alcohol brands such as Guinness and Smirnoff, wants to source 20 percent of its sales from the African continent, but has not indicated a time scale.

Although Guinness is traditionally associated with Ireland, around 40 percent of the total worldwide volume is brewed and distributed on the African continent; the third largest Guinness drinking nation, after Ireland and the UK, is Nigeria.

Currently, Africa accounts for roughly 13 percent of Diageo’s global sales, so their target to increase this by 7 percent is ambitious, but certainly achievable; the company has invested over 1$ billion (£647.6 billion) over the past five years to increase its presence on the continent.

The company began to expand its operations in Africa when it outbid several competitors in 2011 (including European brewer Heineken) for the purchase of Ethiopia 'slast state-owned brewery, Meta Abo, paying a total of $225 million (£145.6 million.) Since then, Diageo has invested $119 million (£77 million) in the facility in what is surely a move to increase their influence in the region. As a result of its efforts, Diageo controls almost 100 percent of Kenya’s beer market, and has enjoyed very generous tax breaks from the government.

The company already has a high degree of visibility in the region, maintaining manufacturing operations in 16 African nations, with its wide range of beer, wine, and spirits brands being represented across a total of 40 countries across the continent.

Companies like Diageo have already committed serious funding to Africa and will surely unveil more plans in the near future; whilst this trend could bring many jobs, the social impact must be well monitored, since African countries do not have sophisticated health and social care networks.