How Adidas tells the story their customers want to hear 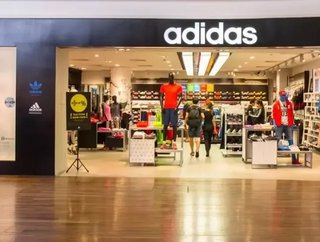 If you want to grab the attention of a specific or broad audience in today's marketing sphere, then you can't simply broadcast an advertisement using the traditional formats we relied upon in the past.

Instead, the focus has moved onto creating useful, engaging, entertaining and highly shareable content that people can be encouraged to invest their emotions, and time into.

Storytelling is at the heart of delivering such content.

The premise is simple. Emotion drives action. We, as humans, are extremely emotional. Clever brands can leverage emotion to drive sales.

Corporate storytelling allows huge businesses to combine an idea with an emotion. This allows customers to draw connections between brands and their beliefs, feelings, or ideas.

Adidas has been one of the most successful brands around when it comes to using storytelling as a marketing concept, using years' worth of history and connections to build a deep and resounding connection with their audience.

In fact, in 2015, the company chose to hire a creative agency called "72&Sunny", in an effort to put "aggressive storytelling" at the front of their advertising campaign.

Looking Back at Adidas’ History

The process of building Adidas's story as we know it today has taken a very long time. More than fifteen years, in fact. For instance, think back to the 2001 We Anderson film "The Royal Tenebaums", and you're likely to remember a star-studded cast, kitted out in Adidas tracksuits for even the most absurd of occasions.

Fans recall Ben Stiller's character, and his twin sons rocking red Adidas tracksuits in the film, followed by black ones at a funeral towards the end. While all of this might seem like basic product placement, it actually represents a stepping stone in the Adidas story, where the brand became a landmark of a generation - establishing a "cool factor" to last throughout the ages.

Simply referring back to product appearances like this can now be enough to enhance Adidas's "story making" approach to brand awareness, underlying how important the company has been in establishing an emotional, and powerful impact in the lives of thousands of customers.

So How Does Storytelling Work?

Of course, there's more to the craft of storytelling for brands like Adidas, than simply showing off the years you've spent growing and changing with your audience.

At perhaps its most basic level, storytelling is all about building an unbreakable emotional connection with your audience, and Adidas has honed this process down to a fine art.

For those of you who remember the "Impossible is Nothing" Adidas campaign of 2007, you'll know that it was a huge success. In fact - people are still talking about it more than a decade later!

The reason that the campaign was so incredible, wasn't down to the use of technology, the stunning shoes, or even the good-looking models in the advertising. It was successful because it sparked emotions, told real, authentic stories, and made an actual impression on the people who saw it.

The Lionel Messi ad that formed the basis of the campaign informed people of the battle that the superstar faced with growth hormones, and allowed us to remember that even bad things can sometimes lead to something positive.

The phrase itself "Impossible is nothing", told the story of glory from defeat, and ever since then, people have been associating Adidas with that triumphant spirit.

Besides using personal storytelling from the perspective of sports superstars in order to resonate with their customer's emotions, Adidas have also dipped their toes in the pool of social awareness, connecting with deep, and important global values.

For instance, the 2013 "#MyGirls" project was designed to support women by celebrating young girls and female athletes who enjoyed staying active.

The campaign began on International Women's day, rolling out piles of content across multiple channels, and sharing stories of various female sportswomen from across the globe.

There was even a #MyGirls online magazine, designed to inform and educate young people, and women on the truth of female sporting success. Out of nowhere, this new campaign added a whole new chapter to the Adidas story - one that focused on not only eradicating inactivity in younger people, but also pushing women to feel pride in the things that they, and their peers achieved.

Adidas continued to tell stories that helped their customers to connect their brand not only with star sporting presence, but also with a dedication to athletic individuals on a whole.

The "Superstars" campaign in 2015, was created in short-form video formats for the mobile environment, and encouraged conversations between well-known celebrities and athletes that challenged the way people identified "superstars".

Through storytelling, Adidas have not only established their emotional connection with their customers, but have also begun to help consumers feel better about themselves, thanks to the positive connections that are being built between the brand, and the people who purchase their products.

For a number of years now, it seems that storytelling has been the primary focus of Adidas's approach to marketing.

They've used their own story, and the story of others connected to them, from sporting superstars, to celebrities, to everyday athletes, to create a sense of community with their fans and consumers - building relationships that have turned Adidas into an uncompromising household name.

The latest brand campaign "Blah Blah Blah", promotes the brand's value on creating a positive message, by asking people to ignore the "haters" and remember what really matters in the first step of their "First Never Follows" strategy.

Storytelling today is everywhere, and with this format, Adidas have been able to establish themselves as the sporting brand that most people consider to be the best around. From celebrity endorsement, to real, authentic stories, Adidas has maintained a consistent narrative through its growth from conception, to the company that we know and love today.

The chances are that as we continue to move forward into a world that's more focused on building customer/brand relationships than ever before, we'll see more from the world of storytelling, and learn more about the spirit that drives each individual brand.

For the time being, it seems that Adidas have managed to get ahead of the trend, by embracing storytelling solutions before they even emerged as a marketing "hot topic".

Matt Press is an experienced copywriter who has written words for some of the UK’s biggest brands, such as Sky, Three and Vodafone. He’s now on a mission to help businesses nail content marketing though his company Splash Copywriters.