How many Ads will be on your Apple Watch? 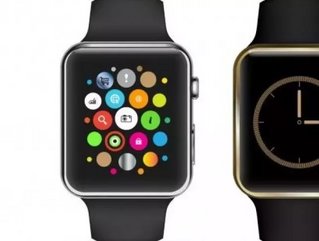 The much-anticipated Apple Watch is set to arrive in Europe sometime this year, with some optimistic rumours stating as early as March.

One question on many consumers’ mind will be the extent to which this wearable, able to synch with iPhones and iPads, will be used by advertisers.

It also poses an interesting dilemma for such marketers (and Apple), for finding the correct balance between flooding users with annoying ads and missing out on lucrative revenue opportunities will be crucial to the overall success of the smartwatch.

READ MORE: When will the Apple Watch Arrive in Europe?

At the Consumer Electronics Show in Las Vegas, marketing company TapSense will release an Apple Watch ad-buying service which will provide an insight into how businesses can tap into what surely will become a massive marketing opportunity.

One of the most exciting aspects of the gadget is its ability to recognise a consumer approaching a particular store, and in so doing send a relevant advert directly to their watch.

This also poses the biggest dilemma, for such a method of live advertising risks putting off users altogether. Do they really need to be told about what’s on sale in a shop they may have no interest in walking into? What proportion of the adverts will be trying to sell products actually of personal relevance? Especially in the bigger stores with enormous varieties of items on sale, this could be an issue.

A partial answer to this could be data, as purchasing habits and all manner of other personal information is stored on devices these days. The most pertinent question may be how well a machine and data know the individual.

There is also the issue of how these ads will appear. Banner adverts and push notifications have not gone down well with smartphones. The Apple Watch display has a range of app icons, so there could be potential for adverts to appear as apps are opened by users.

As the year progresses it will become clearer as to how much this landmark wearable will be utilised, and consumers themselves must surely have some say in the extent of ads they receive. Will continually pressing the cross result in receiving fewer promotions in the future?

Until the watch is actually released, we will never be truly certain.