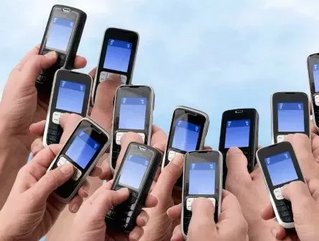 Brands wishing to reach the mass market in Africa are wasting their digital campaign spend if they fail to target feature phone users says Marc Herson of 2go, a mobile social network with more than 20 million registered users in Africa.

With global discussion of mobile marketing focusing almost exclusively on smartphone users, Herson said 90 percent of Africa’s 500 million phone owners do not own a smart-phone and remain under-served, under-acknowledged – and hungry for engagement.

“2go is seeing the highest engagement levels among its nine million strong network in Nigeria,” said Herson. “Our users, many of whom are university students, are starved for entertainment.

“A total of 17 percent of 2go users spend four hours a day or more in traffic and 66 percent are on their phones for more than two hours each day. What’s interesting is that almost a third don’t watch traditional TV, while more than 50 percent get their daily dose of news on their mobile phone. And these are feature phones not smart phones.”

This combination of time and opportunity means users are quick to take up opportunities to engage, said Herson. “As an example, we ran a 24-hour poll in July to some of our South African users, asking them what they were planning to do to make a difference on Mandela Day. From a sample size of 450,000 we received around 130,000 responses – that’s a response rate of almost 30 percent in just one day.”


Brands who’ve dipped their toes into these waters have seen similarly spectacular results, said Herson. “The simplest form of advertising is often the most powerful. 2go’s full-screen splash ad often sees more than 20 percent of unique users clicking on the ad.

“I believe that mobile advertising requires a different approach to online, as users are glued to the screen, and caught in a very immediate experience. The full-screen splash is successful because it is more akin to watching a high quality advert in a cinema. This is very different to a small banner or text based ad, which is more of a distraction or after thought for an audience.

“On a chat based social network a brand can also speak directly to its customer. The message pops up in the user’s inbox,” said Herson. “Age, gender and location targeting are also possible given the information we’ve already collected on our users.”

“Feature phones are an enormous untapped marketing opportunity,” says Herson. “For any brand that’s targeting a mass market in Africa, they absolutely have to be part of the media mix if you want to deliver ROI for your brand.”