The impact of mobile devices in Africa 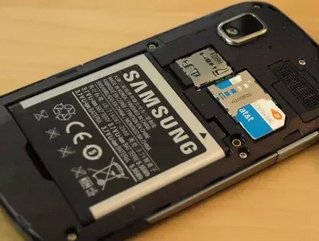 Written by Dr KF Lai, CEO of BuzzCity discusses the growth of the mobile web in Africa to reveal where the opportunities lie for marketers and businesses.

Mobile is well established as the device of choice for internet access in many areas of Africa. It therefore has one of the most advanced mobile advertising markets in the world.

In 2012, we continued to see rapid growth across continental Africa. Throughout the region our ad network has delivered more adverts in the first nine months of 2012 than in the whole of 2011 (13.4 billion in 2011 vs 22.8 billion in 2012). With the growth expected to last for the rest of the year we are on target to report a growth of some 200 percent across Africa by the end of the year.

There have been a number of steady developments in the African mobile market. In the last year, we have seen cheaper data, which has led to an increase in traffic as well as cheaper and better quality handsets.

Growth in Ghana and Kenya for example is driven largely by Android devices, especially Samsung handsets. As a result users are now receiving a better experience, add to this the increase in locally relevant content and we are seeing a vibrant mobile eco system and tech-savvy users especially in South Africa, Nigeria, Kenya and Ghana.

All of these countries are now delivering more than a billion ads per quarter, with Nigeria in particular seeing staggering growth – triple digits in the first nine months of 2012. Let’s take a look at this demographic in more detail:

Whilst the African market is dominated by younger men, we have seen an increase in women, in South Africa for example there has been a 13percent increase year on year (2011 vs 2012)

Mobile is not just limited to younger tech savvy consumers, mature users are beginning to make their mark

With mobile being the preferred choice for consumers to access the internet, (nearly nine out of ten prefer to surf with their mobiles) it hardly comes as a surprise that mobiles are largely used for communications (social networks), entertainment, games and search.

As a result Africa now has an array of successful mobile banking technologies, the most well-known being M-PESA, a mobile money transfer service by Safaricom, the largest operator in Kenya and Tanzania.

However our latest survey reveals that users are still looking for a wide range of services, banking being one of them, as it is constantly ranking high amongst consumers. It is not just the demand for products that is increasing, the demand for media content such as TV and video presents a huge opportunity for local and relevant content.

With more consumers gaining trust in mobile and brands taking advantage of the increased spending power of the maturing mobile audience, the entire ecosystem will benefit in coming months, ultimately paving the way for further demand for mobile and lifestyle content as well as mobile commerce offerings. If the industry reviews the changing audience and develops its localised content then 2013 looks set to be an exciting year for Africa and beyond.

Dr KF Lai is co-founder and Chief Executive Officer of BuzzCity. Lai uses his entrepreneurial skills to spearhead BuzzCity’s strategy, leading the company’s engineering, product management and technology groups. Since its launch in 1999, BuzzCity has grown to be a leading global mobile advertising network.

Dr Lai is often invited to speak at global mobile and media events, providing insight on the evolving mobile ecosystem to affiliates, analysts and industry commentators. Prior to founding BuzzCity, Dr Lai worked as an applied researcher in laboratories funded by the Singapore government, specialising in pattern recognition and text retrieval.