Online marketing: What&#039;s next for the banner ad? 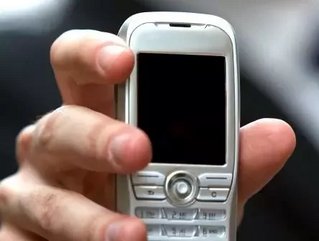 According to South Africa’s Digital Media and Marketing Association (DMMA), the top advertisers in South Africa, have assigned 10.7 percent of its own current annual media budget to digital platforms. The DMMA says that although this is higher than expected, many marketers surveyed are still not spending any money on digital at all.

In addition, the perception is that traditional media is still king when it comes to attracting new customers, brand building and achieving reach, according to the DMMA study. However, social media was credited with increasing the longevity of customer relationships, as well as being cost effective, while online display advertising was considered to be easily measurable in terms of sales and return on investment (ROI).

African Business Review talks to leading online agencies across Africa to gauge the state of the nation when it comes to online advertising, and to find out what's next for the online banner ad.

“As with any media, the challenge for advertisers is cutting through the clutter. Compelling and relevant content is the only way to do this,” says Mary Mzumara, the Managing Director of Quirk Marketing Agency’s Johannesburg branch.

“Talk about banner blindness has indeed been around for a few years now – I’d say over five years easily. However we continue to see online ad spend increase and it’s on a cross section of media.

“Banners are not the only online format and there are a variety of creative opportunities in ad formats. Some placements allow advertisers to interact with content on pages, others bring what’s traditionally sat on a website, such as forms, into the banner experience and others bring games into placements.”

Oladele Okusanya, CEO and Creative Director at Lagos-based communications agency Brand Connect Media concurs and raises the point that the mobile environment, so critical in Africa, is vastly different to the desktop web: “Banner ads are faced with several challenges, one of which is the lack of creativity in many ads that have not taken mobile online users into consideration - arguably the highest numbers of internet users in the modern age. A major factor is the small size of mobile screens and ads should send very creative short messages that can attract the users instantly.” He also points out that in the emerging mobile advertising market, many users don’t know what to expect, and so only very creative ads get their attention.

Quirk’s Mzumara agrees that the biggest challenge for mobile online advertising is real estate: “There just isn’t a lot of it. However there is an opportunity – we find that we have a higher click through rate on advertising for mobile campaigns as often these are used as a form of navigation. The more relevant the advertising is within content – the greater the results.”

Okusanya continues: “As the problem of banner blindness persists I see a bigger rise in PR online as this will continue to appeal to users and advertisers more than online ad spaces. Unpaid content is often defined as free advertising, but that definition is seldom accurate.”

Mzumara agrees that content is king. “Non-paid content has always been a key factor for advertisers. It’s about creating great content that engages users and telling a story. The difference between paid media and use of social media like Facebook and Twitter is the consumer chooses what they see and consume – they vote by liking or by following. However, the challenge of gaining and keeping attention remains.”

When it comes to the possibilities that HTML5 – the next version of the code that underpins the web, and will include more “app-like” capabilities – brings to online advertising, Okusanya is bullish, while Mzumara is somewhat more circumspect.

HTML5 “will be a revolution” says Okusanya. “It is still under development, but is expected to come with more syntactic and semantic features and is also expected the surpass its predecessors.”

Mzumara urges caution around constraints in ad serving technology when it comes to service HTML5. “Standardising formats has meant more consistency and been a factor in reducing costs for clients. HTML 5 formats have not been introduced yet – there is some way to go here due to the way that adverts are served to users.”

In any event, it seems likely that the online ad world is going to become far more sophisticated and tailored when compared to today’s banner ads. Okusanya concludes: “Considering the rapid growth of the internet- over one billion people use the internet -this is good news for online advertising as it will continue to grow. There are loads of technical features, from behavioural targeting, mobile advertising, the mobile technology, viral marketing, and ad customisation that can drive the future. One thing that is also sure to happen is a significant spending turn around.”