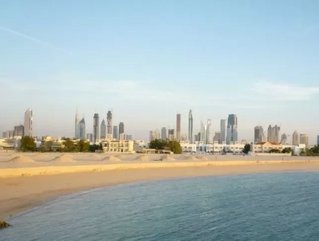 The Middle East has been recognised as one of the world’s leading regions for luxury goods and services in a study by Bain & Company.

The global luxury market is on target to reach €223 billion in 2014, aided by a five percent bump in growth this year. With the exception of Japan, China and South America, all markets are now strongly driven by touristic spending, with Chinese consumers bringing the most cash to foreign markets, spending abroad more than three times what they spend locally.

The analysis reveals an increase in Middle Eastern consumption by 11 percent, continuing on the positive path of recent years, fueled by increasing tourism flows.

Claudia D’Arpizio, a Bain partner and lead author of the study, said: “With such cross-pollination of luxury spending, it no longer makes sense to think only in terms of geographies. The focus is shifting to consumers, with local trends and tastes representing only part of the picture.

“This new mind-set has important implications for luxury brands. It requires that they think about their product offering from a more global perspective, with the concept of seasons, a key pillar of this industry, becoming increasingly obsolete.”

Cyrille Fabre, a Bain partner and leader of the Retail & Consumer Products practice in the Middle East, added: “While the international luxury market is affected by a number of causes such as the economic slowdown, unrest in various parts of the world, and currency fluctuation, the Middle East continues to demand luxury goods. The consumption of luxury goods has surged by 11 percent in the region, driven largely by rapid growth in tourism.

“The trend will continue to grow, especially in the GCC with the opening up of new malls and luxury brand stores in the next five years. In fact, the Middle East consumer base for luxury products is rapidly growing with a relatively stable profile. Among all luxury products in the region, the luxury car market and more particularly ‘supercar’ segment is predicted to post a solid growth.”

Bain’s research finds that international travel and tourism is also creating an appetite for 360-degree luxury experiences, such as high-end transportation, including highly customized ‘super cars’ and yachts, as well as luxury hotels and cruises: