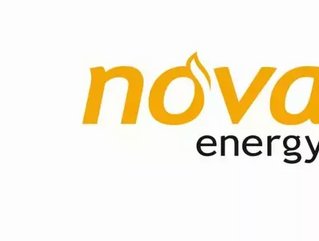 After a merger or acquisition, it can be tough for a company to get back on its feet. Changes in management styles and differing corporate cultures can slow production and create tension.

But newly acquired Nova Energy, Inc isn’t letting any of those things stop them. With a new CEO at the controls, the Carson City, NV-based exploration-stage oil and gas recovery company has big goals. The company plans to follow several lines of business in the growing East African economy, beginning in Kenya. In fact, Nova has already started several initiatives in the region, including forays into the technology, utility, housing and health products industries.

In the technology sector, he plans to acquire a Kenyan systems integration firm to provide a base of operations locally, and in the utilities market negotiations are already underway to support a wireless meter reading pilot solution for local authority. In the health sector, the company hopes to acquire manufacturing capability, including a nearly completed plant.

Nova Energy also plans to tap into Kenya’s growing housing market. The country is expected to need 50,000 new homes a year, and Nova has negotiations in place to build affordable singe family homes as well as provide financing.

“I anticipate 2010 will be a foundation building year for Nova Energy in Africa. I am confident that Nova will complete two to three acquisitions this year and report meaningful revenue, demonstrating the long-term potential of Nova. I have every expectation that Nova's business operations will expand rapidly and extend well beyond Kenya,” said Robinson in a letter to shareholders.

And with such grand plans on the horizon, there is no better man to have at the helm than Robinson. In addition to his distinguished career in the United States Army and his position as Chairman of the Dallas Federal Reserve, Robinson also served as President Lyndon Johnson's military aide de camp and has extensive executive management experience having held senior positions at Southland Corporation and City Place Development Corporation.

A graduate of West Point with a Masters Degree in Civil Engineering from the Massachusetts Institute of Technology, Robinson is also on the board of Carmax, Inc., the LBJ Foundation and the Better Business Bureau in addition to his role as CEO of Nova Energy.

In conjunction with Robinson’s appointment as CEO, Nova also became part of the NewMarket Technology, Inc. Greenfield Partnership Program. NewMarket provides systems integration, technology infrastructure services and emerging technology worldwide and uses its Greenfield Partnership Program to speed up the introduction of new technologies into emerging markets around the world. This makes Nova a perfect partnership.

“NewMarket has been working for the past two years to prepare for operations in East Africa,” said Robinson, currently a member of the NewMarket board. “I have had the opportunity to meet personally with the local government in Nairobi. The first project opportunities are already signed under letters of intent.”

“I have met with investors prepared to finance our first project opportunities, and Nova's updated and expanded business plan is the home that has been established for these first project opportunities. Within the NewMarket Greenfield Partnership Program and with NewMarket's two years of preparation work, Nova is staged for rapid changes and developments,” he stated.

With so many exciting operations coming up, Nova and NewMarket are utilizing diverse marketing strategies to get news about their updated business strategy to the investing community. The company recently hosted a webcast which detailed Robinson’s appointment and the new business strategy.

The company has also announced that its profile is available on the New York Times website. “One issue we have unexpectedly faced is recognition by the various brokerage systems that the Company is fully-reporting and listed on the OTCBB. I believe being acknowledgement by well-recognized financial sites such as the New York Times website that the Company is an OTCBB quoted security will help to overcome this issue,” said Robinson.