Top 10: Most powerful brands in Europe 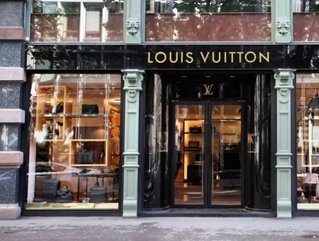 Europe is home to some of the world’s most iconic and striking brands. Here we take a look at 10 of the best.

IKEA is a Swedish company now registered and headquartered in Leiden, Netherlands.  Founded in 1943 IKEA operates 350 outlets in 43 countries and employs 139,000 people worldwide.

IKEA produces iconic 'ready-to-build-from-the-box' furniture, and in August 2012 the company announced its intention to move further into the leisure and travel industry.  It plans to operate 100 economy hotels across Europe, though not under the IKEA brand.  Brand value € 8.8 billion (£7.1 billion,$11.5billion).

Headquartered in Vevey, Switzerland, Swiss food and beverage company Nestle were founded in 1905 from the merger of Anglo-Swiss Milk and Lactee Henri Nestle.  The company employs 330,000 people in 447 factories in 194 countries.

Owned by the French multinational Kering, the Italian fashion leader was founded by Guccio Gucci in 1921.  Headquartered in Florence, the company operates around 280 retail outlets worldwide, and lists their Seoul, Milan and Online 'digital' branches as their flagship stores.  In 2013 Gucci generated sales of €3.6 billion (£2.9 billion$4.7 billion).  Brand value €9.3 (£7.4 billion $12.1 billion)

Siemens is an engineering and electronics company headquartered in Berlin and Munich.  Split into four subdivisions, Industry, energy, healthcare, infrastructure and cities, Siemens and its sub-contractors employ 360,000 people in 190 countries.

Headquartered in London, The Hong Kong and Shanghai Banking Corporation was founded in 1991 as a holding company and is now the second largest bank in the world.

The L'Oreal group are the world's leading cosmetics company headquartered in Clichy, France.  Founded in 1909 the company employs 72,640 people.

Founded on April 1, 1972, SAP (Systems Application Products in Data Processing) are one of the biggest technology companies in the world.  A multinational software organisation producing business and customer relations solutions, SAP are headquartered in Walldorf, Baden-Wurtemberg.

The company employs 66,500 globally and has a 17 facilities across the world. In September SAP announced plans to start selling augmented reality apps for use with Android wear smart glasses.  Brand value €15.1 billion (£12 billion, $19.6 billion).

Bayerische-Motoren-Werke AG is a German automobile, motorcycle and engine building company better known as BMW.  Founded on March 7, 1916, the company employs 105,876 workers and manufactures products at 29 sites in 14 countries.

Headquartered in Munich, Bavaria, BMW is the parent company of the iconic Mini and the prestigious Rolls Royce. The company has a brand value of €21.6 billion (£17.2b, $27.9b).

The Louis Vuitton brand was founded in 1854 and is, today, a division of LVMH, a French multinational luxury goods organisation.  Headquartered in Paris, France, Louis Vuitton enjoyed sales of $9.4b in the last year.

One of the most profitable brands on the planet the LV brand secures impressive margins of 40 per cent.  In June, 2014 Louis Vuitton announced it was to open a museum in Paris in October.  Globally, Louis Vuitton has 460 stores in 50 countries, and has a brand value of €21.6 b, £17.3b).