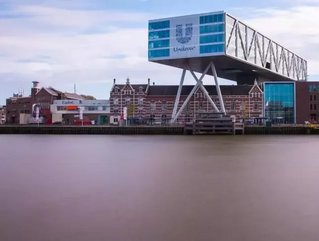 Unilever is to streamline its business by reverting to a single legal entity with three core divisions.

Sold as the next stage of its transformation, the multinational will have its corporate headquarters in Rotterdam, the Netherlands while operating Beauty & Personal Care, Home Care and Foods & Refreshment divisions.

The changes, which were finalised in a board meeting on Wednesday before being announced on Thursday, also further strengthen Unilever’s corporate governance, creating a ‘one share, one vote’ principle for all shareholders.

Unilever's Beauty & Personal Care and the Home Care divisions will each be based in London but the United Kingdom's credentials as a home for its corporate headquarters were ultimately rejected by the company. Its statement insists this was down to over half of its share capital being based in the Netherlands, however, and not because of reported concerns over Brexit.

"The Board believes the move to three divisions and the simplification of our corporate structure will create a simpler, more agile and more focused company," said Chairman Marijn Dekkers. "Our decision to headquarter the divisions in the UK and the Netherlands underscores our long-term commitment to both countries."

Unilever, which employs over 10,000 people in the Netherlands and the UK, has focused its vision around creating a 'more consumer-facing organisation that enables us to roll out global innovations faster and be more agile in responding to local trends'.