[Video] Emirates Dresses up A380 for Cricket World Cup 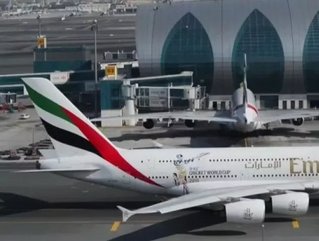 The Emirates Airbus A380 recently set off to Australia and New Zealand, and is the first of a number of “specially-dressed” Emirates aircraft that will fly around the globe, celebrating this major event with cricket-lovers and uniting fans around the world.

Emirates has been the official partner of the International Cricket Council since 2007 and all its major tournaments including the ICC Cricket World Cup 2015.

In partnership with the ICC, Emirates also sponsors the Emirates Elite Panel of ICC Umpires and Match Referees.

Cricket has provided Emirates with a powerful platform to connect with fans and communities across Asia, Australasia, Africa and the UK. In addition to its partnership with the ICC, Emirates’ cricket sponsorships include:

Title Sponsor of the Emirates Airline Twenty20, which brings successful County Cricket Clubs to Dubai to compete for the coveted Emirates T20 Championship.

Emirates has unveiled “specially-dressed” aircraft on special occasions and during major events, such as during the 2020 World Expo bid, which Dubai won in 2013.

Currently the world’s largest A380 operator with 57 aircraft in its fleet, Emirates is expecting to take delivery of 15 A380s this year and has 83 A380s on order. The Emirates A380 flies to 34 destinations across the globe, with Perth to join the network in May, Dusseldorf in July, and Madrid in August.