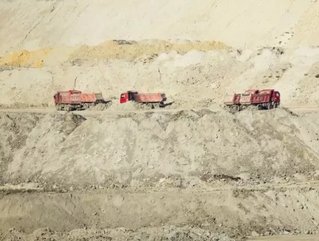 Mining companies are beefing up protection against the spreading Ebola virus in West Africa while maintaining investment in new projects in a region with vast untapped mineral wealth.

Attempts to keep the deadly virus out of work sites range from turning away anyone who has come from countries where Ebola is present to installing infrared heat monitors to measure body temperatures of employees as they pass through mine gates.

Similar devices have been deployed in airports to identify carriers during outbreaks of Severe Acute Respiratory Syndrome (SARS), bird flu and swine flu.

In iron ore-rich Guinea, where the first deaths from Ebola were confirmed in March - the outbreak has since spread to Liberia, Sierra Leone, Nigeria, and Senegal - the government anticipates $50 billion of mining investments over the next decade, Minister for Mines Kerfalla Yansane said this week.

Tawana Resources is one such company to take evasive action, suspended all non-essential field work at its mine in Liberia in August, after a state of emergency was declared, but there has been little to suggest mining companies are taking investments elsewhere.

Nearly a third of global mineral reserves are in Africa and the continent as a whole offers the highest prospects for unearthing new mineral resources, according to geologists.