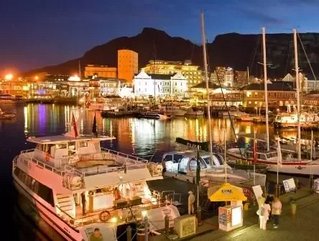 Cape Town has been shortlisted for the World Design Capital 2014, beating off competition from 53 other world cities.

Only Dublin in Ireland and Bilbao, Spain are left in the race with Cape Town to earn the World Design Capital title. It will be awarded to the city most dedicated to using design for social, cultural and economic development by the International Council of Societies of Industrial Design.

“This is a significant moment for Cape Town. Being on the shortlist is an acknowledgement that design is an asset and a massive catalyst to align different sectors across the city with the ultimate goal of making Cape Town a more liveable city,” said CEO of Cape Town Tourism, Mariëtte du Toit-Helmbold.

“The story at the heart of Cape Town’s bid theme is about the city’s use of design to overturn the negative legacy of its colonial and apartheid past, which saw design dividing people, disconnecting the city, and relegating people of colour and the urban poor to its fringes.

“Design is one of the fundamental pillars of the positioning of Cape Town as a place of inspiration. As with the World Cup, the bid process has given us a common platform to elevate Cape Town’s place on the world’s stage,” she added.