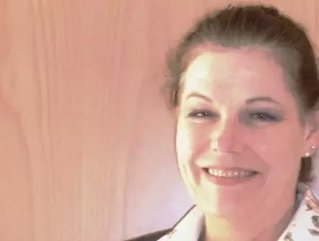 Global and domestic energy needs give South Africa’s coal sector a long future, but there are a number of challenges the sector must meet if it is to make best use of its valuable carbon-based fuel resources.

This emerged at a Coal Open Day hosted by global consulting engineers and scientists, SRK Consulting SA, at their Johannesburg offices in February, where various experts addressed media and clients on the prospects and challenges for coal.

The demand for coal globally remains strong, especially in the developing world, according to SRK principal engineer Andy McDonald, and particularly in countries like China and India.

In China alone, where 70 percent of electricity generation is coal-fired, plans are afoot to almost double energy output from current levels of about 1,145 gigawatts to 2,000 gigawatts by 2025. The country burns some 3,8 billion tonnes of coal each year.

Demand in Africa is also high; the continent needs another 7,000 MW more electricity each year to keep up with its growth rate, said McDonald, and South Africa has 20 percent of its households still needing to be electrified.

She said: “The projects served by our Johannesburg office have been mainly in southern Africa, particularly in South Africa, Botswana, Zambia and Mozambique and the work has been varied – including geological reviews, resources and reserve reviews, exploration management, mining studies and competent persons’ reports.”

Turning SA’s coal to account, however, is become increasingly difficult. With much of the country’s easily accessible deposits now depleted – in the Witbank coalfields, for example – the resources now targeted are often more geological complex and expensive to mine, according to SRK chairman Roger Dixon.

As a founder member of the South African Mineral Resource Committee (SAMREC) and currently the SA representative on the global Committee for Mineral Reserves International Reporting Standards (CRIRSCO), Dixon highlighted the ‘modifying factors’ that underlie a realistic assessment of economic value in a coal deposit.

“The geological complexity of a deposit, for instance, features strongly among the modifying factors to be applied when converting a coal resource to the status of reserve,” he said.

“The coal geology of the Waterberg is challenging, and this requires investors to be especially vigilant about how exploration results are gathered and interpreted.”

Emphasising water management issues facing coal mining was SRK partner and principal hydrologist Peter Shepherd, who warned that SA’s water resources were under strain and that new mines could only be brought on stream if they found innovative ways to meet their water needs.

Shepherd was encouraged by the steps taken by mines to conserve water, but said the price of water could double in the next five years as a reflection of its real cost to society.

On the broader sustainability theme, SRK partner and principal sustainability consultant Donald Gibson, welcomed the gradual acceptance of ‘shared value’ as a principle to underpin a more developmental role for mining; the challenge, he said, was for better implementation of sustainability strategies in day-to-day operations. He also said that the carbon tax to be introduced in 2016 will affect the coal sector along with many others.

“SA is starting to accept that carbon emissions must be priced,” said Gibson. “The fact that organisations can pollute the atmosphere and not pay for the negative impacts of that pollution is one of the most obvious market failures – hence the carbon tax.

“It remains to be seen whether South Africa will structure the tax appropriately to avoid affecting competitiveness. South Africa’s carbon intensity is a key factor that needs to be considered in decision making at both government and mining company level.”

He stressed the value of blasting advisory services that are not directly linked to a service contract – to avoid possible conflicts of interest in the advice given.