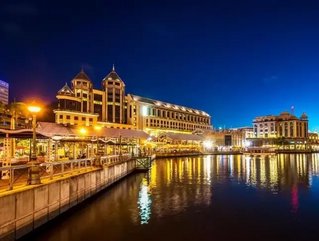 In our latest City Focus feature, Business Chief examines the business landscape in Port Louis, the capital city of Mauritius.

Located some 500 miles east of Madagascar, the paradisaical island nation of Mauritius is home to the booming financial metropolis of Port Louis.

The small island is often ranked by the Index of African Governance as one of the best-run countries in sub-Saharan Africa and Port Louis currently sits at 25 out of 190 in the Doing Business World Rank. This is largely due to being able to incorporate a new business in as little as an hour and commence operations in under a week.

Fueled by banks and financial services companies, Port Louis is one of the world's fastest-growing cities with a population of 149,194. The OECD declared it to be the urban area with the highest standard of living found in Africa. Unlike sub-Saharan Africa, technological infrastructure on Mauritius is excellent and has helped cement Port Louis as the nation's economic, cultural, and political epicentre. With a GDP of $25.85bn and close cultural and business ties to India, China, and eastern Africa, Port Louis is a rising star for the intrepid entrepreneur.

The economy of Port Louis

Home to the largest port facility in the Indian Ocean and the only port of entry and exit in Mauritius, the shipping and logistics industry subsequently employs a significant amount of Port Louis residents for both skilled and unskilled labor. The port is an integral component of the entire country's GDP.

Tourism accounts for 25% of Mauritius' entire GDP and unsurprisingly also employs a sizable number of residents in the city and surrounding areas. Manufacturing also plays a significant role in the city's economy with its highest-value exports being clothes, diamonds, frozen fish and mobile phones.

The financial industry comprises a major portion of the economy in Mauritius with Port Louis serving as the financial centre of the country. Between the liberal business regulations, political stability, and the multiple languages spoken in the city, the financial industry has thrived in Port Louis and it is home to the Stock Exchange of Mauritius as a result. More than ten commercial banks serving both domestic and international clients operate in the city as do other financial services like mutual funds, pension funds, foreign exchange dealers, and leasing companies among others. The Bank of Mauritius is both the nation's central bank as well as one of the major employers in the area.

Mauritius was initially a low-income country with an agriculture-based economy and has quickly developed into a diversified middle-income economy over the last 50 years, with Port Louis experiencing consistent year-over-year economic growth. The local economy is dominated by the financial sectors and the port, with tourism and manufacturing also comprising significant segments. Technology, renewable energy and healthcare fields are also successfully starting up in the city.

Bank of Mauritius
The state-owned bank is the country's central financial institution, one of the city's largest employers and issues the local currency, the Mauritian rupee. Bank of Mauritius once operated as three separate commercial banks modeled after the Bank of England, which are now defunct.

Mauritius Commercial Bank (MCB)
MCB is a commercial bank licensed by the Bank of Mauritius and headquartered in Port Louis. With over 40 branches and 2,950 employees, MCB is both the largest and oldest financial institution in Mauritius. The bank operates in three clusters of banking, non-banking financial services and other investments. MCB operates along the east coast of Africa in Madagascar, Maldives, Mozambique and Seychelles as well as Paris through an associate. MCB finances trades throughout sub-Saharan Africa and is also engaged in the Indian market.

Air Mauritius
Air Mauritius is the flag carrier airline of Mauritius and the fourth largest air carrier in sub-Saharan Africa, as well as a Vanilla Alliance member. The airline employs over 2,300 people and won the Indian Ocean Leading Airline Prize issued by World Travel Awards for nine years running. The airline's headquarters are in Port Louis at the Air Mauritius Centre where people work in predominantly administrative roles. Air Mauritius generated €509.6mn in its last fiscal year and is considered a carrier of note in the Indian and European markets.

Ireland Blyth Limited (IBL)
IBL is the second largest conglomerate in Mauritius with annual turnover of $467mn. Representing more than 200 brands with 6,000 employees, IBL operates in financial services, logistics, retail, seafood and other sectors of the Mauritian economy. The group is headquartered in Port Louis in large part due to the port.

Essar Energy
Part of the India-based Essar Group, Essar Energy is an energy company headquartered in Port Louis with interests in both power generation and petroleum. While Mauritius is ahead of other sub-Saharan nations as far as technology is concerned, energy access on the island remains an issue and Essar's plants and refineries are predominantly located in India. The company is a major employer in the city, with high employment in corporate and administrative roles.