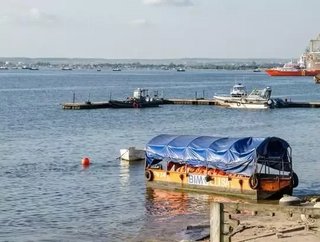 DP World, the word’s fourth largest port operator based in Dubai, has won a 30-year concession for the development of the Port of Banana, located along Congo’s Atlantic coast.

The news follows the firm’s announcement of plans to expand across Africa, with recent agreements made with Egypt, Ethiopia, and Somaliland.

The US$1bn project will see DP World manage and develop the port in a joint venture with the Democratic Republic of Congo’s government.

The venture will see the UAE-company owning a 70% stake in the project, with the government owning the remaining 30%.

The construction of the project is anticipated to start this year and be operational within two years.

The Port of Banana project could also be subject to a 20-year extension.

The Port will have “a major impact on the country’s trade with significant cost and time savings, attracting more direct calls from larger vessels from Asia and Europe, and ultimately acting as a catalyst for the growth of the country and the region’s economy,” stated CEO and Group Chairman of DP World, Sultan Ahmed bin Sulayem.

Congo has pursued a port to be located on its 37km coast, with the capabilities of handling larger vessels than those located along the Congo river.

“For DP World the investment in Banana is all about the potential that Africa has for growth and the Congo in particular,” commented Neil Davidson, analyst at Drewry Shipping Consultants.

“At present, Congo’s container volumes are minimal – less than 100,000 TEUs per year-– but the country has a large population, plus there are significant bulk and breakbulk cargoes.”