Egypt seeks to strengthen trade with rest of continent 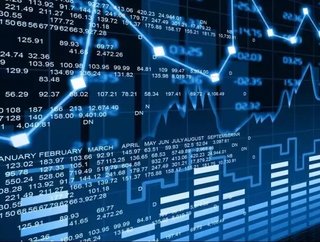 Egypt’s Ministry of Industry and Foreign Trade is looking to double its exports of agricultural crops and is looking to African markets to realise this goal.

Through free trade agreements with Nigeria and Senegal (with more between West and Central Africa on the way) the North African nation is seeking to trade with notable African markets such as the International Maritime Organisation (IMO), and the Economic and Monetary Community of Central Africa (CEMAC).

Egypt’s Minister of Industry and Foreign Trade, Mounir Fakhry Abdel Nour, highlighted that Egypt had already reached a preliminary agreement with IMO in 2004. After negotiations were halted, the ministry is now seeking to reach a final agreement through the current negotiations.

Abdel Nour added that the volume of African total product amounts to $2.5 trillion, that annual exports amounts to about $599.5 billion and that total annual imports are worth $605 billion. However, Egypt’s share of these amounts is no more than $4 billion.

Egypt is developing its trade relations with the rest of the continent based on three approaches:

2) Strengthening Egypt’s presence in African markets by leveraging its commodities; the ministry seeks to transform the country into a major supplier of goods to needy African countries

3) Increase the size of the technical assistance provided by Egypt which assist with social and economic development.

Abdel Nour said: “The ministry implemented important steps to strengthen cooperation with Africa, including the signing an agreement with the African export-import bank for the allocation of a credit line worth $500m to finance Egyptian exports to the African markets. Furthermore, encourage the hosting of expos for African products in Egypt, which took place with the Food Africa expo.”

Egypt has launched the tripartite Free Trade Area (FTA) agreement between the main three economic blocs in Africa: the COMESA, The East African Community (EAC) and the Southern African Development Community (SADC) to facilitate trade between the member states.