Egypt&#039;s President-elect Mursi to be sworn in 30 June 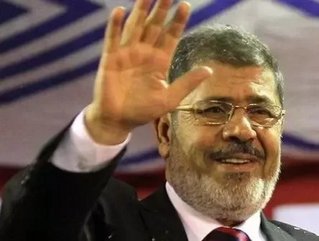 Muslim Brotherhood candidate, Mohammed Mursi has been congratulated by many world leaders after he defeated ex Prime Minister Ahmed Shafiq. Mursi could be worn into his role as early as 30 June. Election authorities declared he won 51.73 percent of the vote during the presidential run-off.

Questions regarding the extent of his authority have been raised, however, owing to the fact that the ruling military council has taken control of many of the President's powers and has dissolved parliament.

During his victory speech on Sunday, Mursi called for a stronger national unity while promising an inclusive presidency. Mursi will not have to begin building a civilian administration and the focus will now turn to his choice of Prime Minister.

On receiving news of his victory, tens of thousands of Muslim Brotherhood supporters cheered in Cairo's Tahrir Square. Among the cheers, chants of “Down with military role,” could be heard and celebrations continued until the early hours on Monday morning.

“The revolution goes on, carries on until all the objectives of the revolution are achieved and together we will complete this march,” he said.

Responding to Mursi's election, the White House called the result “a milestone for Egypt's transition to democracy.”