Elon Musk - The man behind PayPal, SpaceX and Tesla 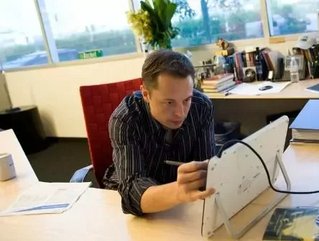 You will be hard pushed to find a CV which is as impressive as Elon Musk’s. The engineer, businessman and philanthropist only turned 40 this year, however he has already been involved in several industries and companies amassing an estimated net worth of $672 million in the process.

Born and raised in South Africa, it didn't take long for Musk to take influence from his father the engineer to become a serial entrepreneur. At the tender age of 10, he bought his first computer and taught himself how to program software, By the age of 12, he had already sold his first piece of commercial software, a space game called Blaster.

After attending Pretoria Boys High School, Musk left home to avoid military service in the then apartheid South African military. Even though he once said "I'm very much pro-military when it is in the service of good,” the army's ideology did not fit in with his own and so he moved to Canada before receiving a scholarship to study Business and Physics at the University of Pennsylvania. Subsequent to earning an undergraduate degree in Economics and a bachelor's degree in Physics, Musk then decided to concentrate on three areas – the internet, clean energy and space.

Initially going into business with his brother Kimbal, Elon established Zip2, a company which provided online content publishing software for news agencies. Fully capitalising on the dot-com boom at the time, the company was sold to Compaq's AltaVista division in 1999 for $307 million in cash and $34 million in stock options.

However, this clearly didn't fulfil Musk's desire to conquer the internet and in the same year, he founded X.com, an online financial services and e-payment company, which later merged with a similar company called Confinity. The two then became known as PayPal. Just over three years after inception, with Musk the company's largest shareholder owning 11.7 percent of the business, PayPal was acquired by the world's largest online auction site eBay for a whopping $1.5 billion in stock.

With the internet seemingly covered, Musk went into stratospheric exploration by founding his third company SpaceX, a business primarily concerned with manufacturing low-cost yet reliable launch vehicles. Musk's main objectives with SpaceX were to develop affordable, feasible and reusable orbital rockets, explore the possibility of life beyond Earth, and capitalise on the emerging market for private and commercial space travel. However, the company's biggest success to date is arguably receiving $1.6 billion in funding from NASA to deliver and return cargo to the International Space Station now that the US agency's Shuttle programme has ended.

Next on the agenda came clean energy with Musk's most well-known project to date, Tesla Motors. Co-founder and head of product design, Musk has overseen development of the Roadster, the first production automobile to use lithium-ion battery cells and the first production electric vehicle with a range greater than 200 miles per charge. With vehicles popular among Hollywood's elite, Tesla launched its initial public offering on NASDAQ in 2010, raising $226 million in the process.

Other projects for Musk include SolarCity, a photovoltaic start-up, and Halcyon Molecular, a biotechnology company. Aside from these business ventures, Musk also supports various charities including his own Musk Foundation, and has gone on to win numerous awards and accolades. Musk therefore simply has to be considered as one of South Africa's most significant sons in modern times.