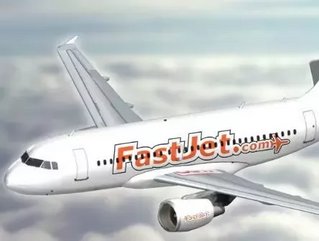 Despite strong trading between Tanzania and Zambia, driven in part by landlocked Zambia's reliance on Dar es Salaam's port, there is currently no direct air link between Dar es Salaam and Lusaka.

A steady increase in the onerous, 25-hour cross-border journeys undertaken by both Tanzanians and Zambians by road, demonstrates a real need for affordable air travel between the two countries, which fastjet intends to fulfil by launching its flights along this route.

Flights on fastjet's new route, which will initially operate twice a week, are available to purchase from next week with fares starting as low as $75/about R760 (plus government charges and taxes), significantly lower than fares from operators offering non-direct flights between the two cities. The first flight is scheduled to take place on 1 February 2014.

Commenting on the launch, Ed Winter, interim chairman and Chief Executive Officer (CEO) of fastjet said: “Building on the successes of the past year, the launch of our second international route to Lusaka moves fastjet further along the path to becoming a true pan African carrier.

"We are incredibly pleased that, in accordance with our planned growth strategy, the roll-out of our international route network is now gaining real momentum and we are fulfilling our promise to the people of Africa to democratise air travel across the continent.  We look forward to bringing the benefits of affordable, high-quality air travel to the people of Zambia"

On the first 12 months of fastjet operations, he added:"It is extremely exciting to be celebrating fastjet's one year anniversary and we are immensely proud of our achievements over the past year.

“It is not only the hard work and dedication of our people that has made our first year a success, but also the overwhelming support of our passengers and the Tanzanian government, whom we would like to wholeheartedly thank.”

The airline has carried over 355,000 passengers throughout its domestic network in Tanzania and internationally to Johannesburg in South Africa.