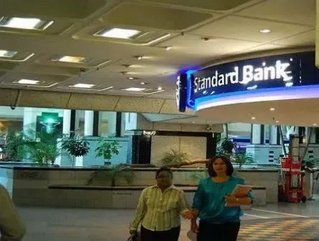 The mining sector will need to consider innovative funding structures in 2014 as equity markets spurn new resource ventures amid continuing uncertainty in the commodity price outlook, spurred in part by the Federal Reserve’s decision to begin withdrawing its unprecedented monetary stimulus.

Rajat Kohli, the London-based global head of mining and metals at Standard Bank, said: “Equity valuations for mining companies remain depressed and if you can’t raise enough capital in the share market it’s going to be even harder to raise debt finance for all but the most established miners.

“In that context mining companies are going to have to make use of more creative financing solutions to access project gearing.

“We may see a combination of debt and equity financing as well as hybrid structures involving mezzanine debt, subordinated debt or convertible arrangements.”

“Standard Bank estimates that net financial outflows of investments (e.g. ETF’s and commodity index swaps), in 2013 was $USD35bn, the majority of this coming in gold. But, ex-precious metals, the picture was more stable.”

“Because equity markets have dried up we have seen some influence from these sources but they haven’t filled the equity gap entirely,” said Kohli. “There’s still some scope for them to increase their exposure to financing mining exploration and extraction.”

Kohli says 2014 will also see innovative new funding structures become more prominent in the mining sector, such as the streaming agreement between Teranga Gold Corporation and Franco-Nevada, which helped fund the acquisition of the remaining interest in Oromin Joint Venture Group.

The agreement saw Franco-Nevada advance cash to Teranga to help fund the transaction in exchange for a supply of future gold at a discount to the spot price.

“We’re likely to see a lot more examples of this sort of funding arrangement in 2014 and beyond,” said Kohli. “Everyone is looking to fill the equity, and indeed debt, gap, and this is an innovative example of how to achieve that.”

The Federal Reserve’s decision to cut its monthly bond purchases to $75 billion from $85 billion as part of a decision to unwind the monetary stimulus mechanisms that were implemented in the wake of the 2008 financial crisis has had a major impact on the gold price, prompting a 15 percent decline in the precious metal last year.

While gold’s status as an alternative store of value to the dollar makes it the most vulnerable asset to the Fed’s so-called monetary tapering, Kohli believes other commodities will not be immune to the reversal of cheap US central bank funding.

“Tapering will undoubtedly suck a bit of froth out of base metals although it won’t be as dramatic as gold,” said Kohli. “Last year was a difficult one for commodities as the negative impact of tapering was priced in, along with question marks about Chinese growth, and we think that will keep investors relatively cautious on commodities well into 2014.”

Nevertheless, financing will remain a challenge given the uncertain outlook for commodity prices.

“Africa remains an attractive mining destination due to its ability to offer assets at relatively attractive prices compared to other jurisdictions,” said Kohli.

“Political and regulatory stability is improving. The only question is what sort of funding will be forthcoming.”