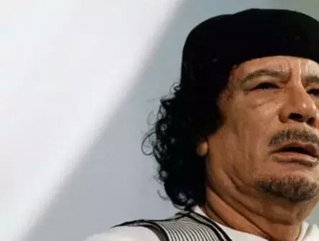 Libya officials are said to be planning a secret burial for their leader Muammar Gaddafi, who was captured and shot yesterday.

Officials said the dictator was captured by rebel gangs and loaded on to a vehicle in his birthplace, Sirte. He was reportedly shot in crossfire between rebels and supporters and died on his way to hospital of gunshot wounds to the head.

There is speculation over whether the 69-year-old will be buried at sea like Osama Bin Laden to stop any potential grave being turned into a shrine for the former ruler who reigned for 42 years.

Jubilatory scenes in Libya carried on late into the night as citizens celebrated Gaddafi’s death, while there are hopes for a democratic election within the next two years.

But Gaddafi’s financial influence in Africa, exercised through the African Union of which he had a major role in its formation, may feel the negative impact of his death.

Kathryn Sturman, an AU expert with the South African Institute for International Affairs told the BBC that Colonel Gaddafi's death will initially have a detrimental effect on the AU’s finances.

"It's the end of an era for the AU. Libya was one of the big five (along with South Africa, Nigeria, Egypt and Algeria) financial contributors of the organisation. It paid 15 percent of its budget, and also the membership fees of countries in arrears, like Malawi," Sturman said.

"The new government in Libya is not goingto be well disposed to the AU (which opposed the Nato-led intervention in Libya)."