How to survive the office Christmas party 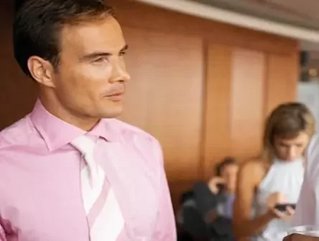 Christmas is nearly upon us and as Andy Williams once crooned, it’s the most wonderful time of the year... right? Perhaps he was a little optimistic with that one. The Christmas season brings infuriating queues, last minute dashes to the shops, and a never-ending list of exhausting parties.

The most dreaded event on everybody’s calendar this season is the office Christmas party, which is sure to evoke a sinking feeling in even the most avid party-goer. African Business Review offers both party-planners and guests some top tips on making the whole experience a little more enjoyable.

Jessica Vijoel, a special events planner at top South African party planning company It’s a Date, claims that the annual Christmas party does not need to be a painful social practice. She says: “Too often Christmas parties are endured rather than enjoyed because they tend to be stuffy with employees fearing being cornered by the boss about next month’s deliverables while they are in the middle of chewing on an unpalatable hors d’œuvre.”

Break away from tradition

There are many ways in which both employers and employees can make the whole event a more relaxed and enjoyable experience without compromising their reputation at the end of it. Vijoel says: “It is important to find a balance between a raucous drinking session and a boring company gathering.” These office parties do not have to be dull or traditional and the Christmas theme can have some fun spin-offs.

It’s a Date has organised an array of company parties which have included mobile bars with bartenders dressed as elves and mobile photo-booths done up in white, red and green with fun Christmas props. In South Africa, where Christmas Day is usually celebrated next to the swimming pool, It’s a Date has supplied parties with snow-machines to create a white Christmas effect.

It is the responsibility of party organisers to set a limit on the amount of alcohol the company provides for such an occasion. This way the party has less chance of getting completely out of hand. Vijoel says: “It is best for companies to try and not provide too much alcohol at a party so that there isn’t the temptation to drink to excess.”

“Open bars do sound fantastic, but only ever lead to embarrassing situations,” she adds. Vijoel suggests allocating tickets to the guests, which can be exchanged for drinks at the bar. “Don’t do a completely teetotal event but perhaps rethink sending around those bottles of Jagermeister,” she advises.

Ultimately, employees are responsible for how they behave and it is important that they conduct themselves in a manner that they will not regret in the days, or even years to come. Telling the office battleaxe exactly what you think of her or trying to sneak a kiss under the mistletoe with the guy from accounts may both seem like perfectly good ideas at the time but avoid these controversial situations if you value your job.

Remember, a reputation takes a lifetime to build and only a minute to destroy and so it is important to know your limits and stick to them. There is a fine line between having a good time and making a complete fool of yourself. Viljoen says: “Showing some company spirit will go a long way towards gaining the bosses respect, but downing 10 shooters in a few minutes and then spending the rest of the party lying outside in the parking lot most certainly will not.”

Steer clear of controversial conversation After one too many drinks at the infamous Christmas party, it is all too easy to let your mouth run away with you. There are certain topics of conversation that are best avoided. After all, you do not want to wind up insulting anyone. Remember, this is a party so keep conversation light-hearted and non-controversial. “Try not to conduct or talk business during the course of the party,” advises Vijoel. In Never mind the sleigh bells – what about the warning bells?

Sue Evans, a partner at Lester Aldridge advises employees to think before they speak after one too many cocktails at the office Christmas party. She says: “Do not talk about religion, pay rises, bonuses, career prospects, or future plans of your staff to reproduce. An absolute no-no is to inform your employees that sexual attention may assist career progression, even if it seems like a good idea at the time.” Politics is another no-go area. So have fun but remember all it takes is one extra tipple to trip. Merry Christmas.