By Azadeh Meskarian
May 18, 2020
undefined mins 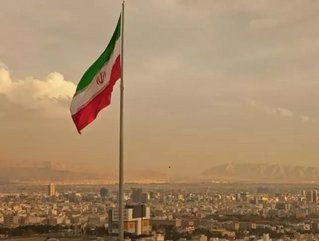 The imposition of blanket sanctions and extensive trade restrictions by the US, EU and other countries on Iran’s financial, banking and energy sectors has crippled its economy in the past few years.

Exchange rates and the depreciating value of the Iranian Rial has significantly affected the day to day lives of local Iranians, foreign companies and individuals with an interest in investing in the country. As a result, foreign investors with significant presence in Iran were left with no option but to close down and/or significantly reduce their activities.

These prohibitions made it impossible for Iranian banks and their foreign subsidiaries to carry out transactions with the rest of the world. Furthermore, many European banks with representative offices in Iran had to close down or significantly reduce their activities and resources in Iran. The cut-off of key banking channels, corresponding relationships and swift services has distanced Iran’s financial sector from the international banking sector. This negatively impacted the value of the Iranian Rial and the rate of inflation reached a high of 34.7 percent between March 2013 and March 2014, and then fell to 15.5 percent the following year after President Rouhani’s election.

What remains essential even after the Implementation Day is the re-establishment of banking channels and international corresponding relationship with Iranian banks and their foreign branches and subsidiaries. Although the return of international banking services to Iran is bound to happen, the removal of sanctions would not necessarily mean an immediate return of foreign banks to Iran, and I believe it will take much more than that for that to happen. Banks have faced extensive fines by US authorities (most recent Deutsche Bank paid fines of $258 million for dealing with US sanctioned Iranians and Syrians) for breaching international sanctions relating to Iran and will remain hesitant in entering the Iranian market. Iran will need to meet the international standard of relevant regulatory frameworks and deal with significant money-laundering concerns for the return of foreign international banks.

Domestic and international opportunities by lifting of sanctions

As the largest untapped market with a very young population, the lifting of sanctions will bring around a host of new opportunities to foreign businesses with a prior presence in Iran as well as those interested in entering the Iranian market. Delegations from various European countries have been visiting officials in Iran since the finalisation of the JCPOA in July 2015 elaborating various opportunities in tourism, transportation, technology, foodstuff, aviation and machinery as well as oil and gas.

Those interested should be aware of the domestic applicable law, recent changes in the Iranian law, international restrictions that remain on trading with Iran and the possibility of snap-back of sanctions , although it is unlikely for Iran not to abide by its agreed obligations as set out under the JCPOA. Those interested should bear in mind what will happen to any deals they enter into between Implementation Day and potential snap-back of sanctions. Working around the Iranian economy and complex politics can be tricky and requires assistance.

New Iranian legislations such as the Foreign Investment Promotion and Protection Act have come into force in an attempt to attract more foreign investment, removing previous restrictions on the percentage of foreign shareholding in Iran, and the possibility of registering an Iranian company with 100% foreign capital as well as unlimited transfer of capital and dividends where applicable.

Investors should also take advice on protecting their intellectual property rights to protect their interest in Iran, this is perhaps also another area that domestic Iranian law will require further improvement to make the market more attractive.

Iran as the holder of the world’s largest gas reserve and the fourth-biggest oil reserves, has revealed its modelled Iran Petroleum Contract (IPC) earlier last month (21-22 November) replacing its previous buyback deals. This is in line with Iran’s widely publicised intention to increase its oil production capacity after the lifting of sanction under the JCPOA as of Implementation Day, to approximately 5million barrels a day from about 1mb since the imposition of blanket sanctions on Iran’s oil and gas sector.

The IPC replaces the previous unattractive buyback deals. The new IPC will cover different stages of exploration, development and production and will be offered to contractors as an integrated package for an estimated duration of 15 to 20 years. Iran hopes to attract around $30bn of foreign investment necessary to substantiate its intention to increase its oil production despite the falling oil prices. Although as far foreign investment is concerned, changes to domestic law may be necessary to make the system more transparent and reliable.

Another thing to note is the possibility of snap-back of the sanctions if there is doubt about Iran’s performance under the JCPOA, so it may take time for the necessary level of confidence to build up for significant foreign investment.

The new framework is expected to create a win-win situation for both the foreign investors and the Iranian side of the deal, and hopefully attract medium-sized foreign investors as well as the previously present MNCs. It will also bring about potential opportunities for foreign companies to book reserves or take equity stakes in Iranian companies. It is worth noting that NIOC will maintain exclusive ownership of all resources.

The imposition of blanket sanctions and extensive trade restrictions by the US, EU and other countries on Iran’s financial, banking and energy sectors has crippled its economy in the past few years.

Exchange rates and the depreciating value of the Iranian Rial has significantly affected the day to day lives of local Iranians, foreign companies and individuals with an interest in investing in the country. As a result, foreign investors with significant presence in Iran were left with no option but to close down and/or significantly reduce their activities.

Azadeh Meskarian is a Lawyer on the Iran desk, Zaiwalla & Co. LLP