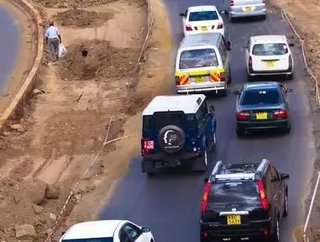 World Kogyo Kaihatsu (WKK) has won the tender for the reconstruction of the Ngong Road in Kenya’s Capital, Nairobi.

The firm will take over the second phase of dualling the road, between Prestige Plaza and Dagoretti Corner.

WKK is the contractor responsible for the first phase of construction on the road, between the Kenya National Library Service and Prestige Plaza.

The first phase of construction was funded by the Japanese government, which invested Sh1.4bn ($13.6mn).

“The dualling of Ngong Road Phase two from Prestige Plaza to Dagoretti Corner is set to start in early March. The section was awarded to World Kogyo Kaihatsu construction company on 25th January, 2018, at a cost of Sh2.3 billion, which is a grant from Japanese government,” stated Silas Kinoti, Director of Kenya Urbans Roads Authority.

According to Mr Kinoti, the road will be made up of four vehicle lanes as well as a service lane on either side – featuring cycling lanes and pedestrian paths.

The road will also feature a public service bus lane to aid with traffic flow, supported by intelligent traffic lights.