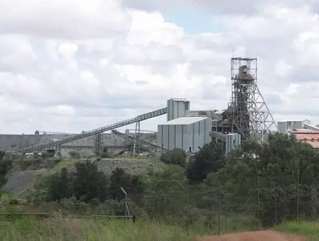 Miners, ministers and other mining industry players gather at the Cape Town African Mining Indaba in February under a cloud of low commodity prices, rising mining costs and falling productivity – a risky environment that requires higher levels of technical certainty, according to SRK Consulting.

“Tough economic conditions are making it harder to fund new mines or even sustain existing operations,  so explorers, developers and operators must ensure that the risk factors are well understood and mitigated,” said SRK chairman and corporate consultant, Roger Dixon.

As margins for proposed mining projects are squeezed between softer prices and higher costs, there is less room to deal with project risk, said Dixon; the key to success is to properly address the various ‘modifying factors’ that stand between a prospective deposit and a viable mine.

With a 40-year reputation built initially on geotechnical engineering, SRK Consulting has grown into a global network of engineering consultants with in-house expertise ranging from exploration, mining and infrastructure engineering to water, tailings, and social and environmental impact assessment.

“Integrating the various technical disciplines is the only way to fully understand project risk,” he said. “Open pit economics, for example, are heavily dependent on the pit slope angle. To optimise this angle, a detailed knowledge of the structural geology is required, as well as rock characteristics and groundwater behaviour. The three areas of knowledge can then be integrated into the preliminary mine design, and pit optimisation runs can be completed with confidence.”

He emphasised that this integration extended not only to technical factors but to the engagement of stakeholders like communities, governments and non-governmental organisations, from the earliest possible stage in the planning process.

Vassie Maharaj, director and principal consultant in stakeholder engagement at SRK, said that mining companies’ social licence to operate – their acceptance in the host country and amongst host communities – is now ranked within the top ten operational risks.

“So companies realise that this is a mission-critical area, but many don’t know how to build and sustain those relationships beyond just doing what is necessary to comply with regulations or to get the permits they require,” said Maharaj. “This poses real risks, as stakeholders are becoming impatient in their expectations of what benefits mining should bring, and are more assertive about their expectations and needs. With the rising tide of resource nationalism, host countries and communities hold greater power than ever to withhold their acceptance of mining activities.”

A related risk gaining more attention was the impact of mining on water resources in host communities and countries, according to SRK partner Kurt Uderstadt.

“Contamination of water resources is perhaps the key environmental consequence of mining,” said Uderstadt, “and any mine’s disregard for integrated water management issues will ultimately render it unsustainable.”

According to Dixon, this reflected SRK’s aim of helping clients to plan mines with closure in mind – an approach increasingly demanded by national mining regulations across Africa.

“In the past, mine closure often received insufficient attention during mine planning, making operations difficult and very costly to close down – often requiring significant materials re-handing to meet closure criteria,” said Lake. “Authorities are likely to scrutinise aspects like the liability assessment more closely in future, and could hold mining executives liable for not implementing closure plans.”

More than ever, risk management in this increasingly regulated environment demands a multi-disciplinary approach based on technical excellence and expertise rooted in local knowledge, said Dixon.