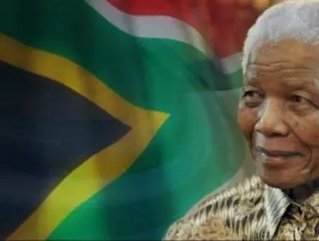 The MTN Group conveys its heartfelt condolences to the Mandela family, and the people of South Africa and the world on the passing away of former President Nelson Mandela yesterday.

Sifiso Dabengwa, MTN Group President and Chief Executive Officer (CEO), said: “Former President Mandela leaves behind a rich legacy of reconciliation, world peace and the triumph of the human spirit over all adversity. He embodied the spirit of human rights and dignity in the way he lived his own life.”

“His 50-year fight, including 27 years in jail, helped bring democracy and freedom to our country. Even after 27 years of prison and hardship, only one thing counted for Madiba, as Mandela was affectionately called by his clan name: creating a democratic, prosperous future for all the people of the new South Africa.

“This combination of humanity and unique statesmanship made his true greatness manifest for the entire world.”

Dabengwa said the dawn of South Africa’s democracy in 1994 coincided with the founding of MTN and today, MTN operates in 22 markets across Africa and the Middle East, with more than 200 million customers and still growing.

The MTN Group President and CEO said the founding democratic leader achieved so much, touched so many people and showed much leadership and courage.

“He never lost his compassion, humility and common humanity. He's an inspiration to us all.  He taught us to love ourselves, to love one another and to love our country. So, as we celebrate his selfless efforts on behalf of human dignity, it also represents an enduring challenge for us all,” added Dabengwa.