Nairobi Central Station to be redesigned 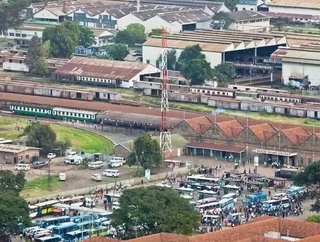 The train station in Kenya’s capital city is set to be redesigned, according to Nairobi’s City Hall.

The development aims to focus on transforming Nairobi Central Station into a multi-channel transport hub.

Wachira Njuguna, the Land, Urban Planning, Urban Renewable and Housing County Executive, confirmed the plans would target easing traffic congestion and efficiently enable travel in and out of the city centre.

The station will become Mike Sonko, the Governor of Nairobi’s flagship project.

The development plans will align with the Nairobi Integrated Urban Development Master Plan.

The designs are being constructed by a team crossing serval departments – Kenya Railways, City Council Government, Urban and Metropolitan Development Directorate, the Land Ministry, and the Housing and Urban Department.

The railway station covers land of 213 acres, and is soon to feature new facilities enabling a hub to replace the old Nairobi Railway yard.

The acres of land are connected with Uhuru Highway, Bunyala and Landhies roads, and Haile Selassie Avenue, directing to the Central Business District Neighbourhood.

There is no reported timeline for this project, nor budget.