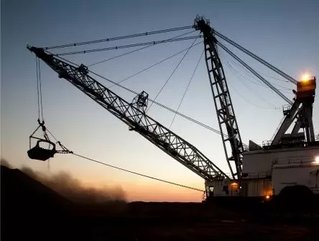 The National Education, Health and Allied Workers Union (NEHAWU) has issued a press release calling on the South African Government to intervene in wage negotiations at Lonmin’s Marikana Mine where the current pay dispute has led to two workers being killed.

The two workers were killed yesterday morning as they reported for work at the controversial platinum mine in South Africa, which two years ago was the scene of the Marikana Massacre.

On August 16, 2012 clashes with the South African Police Service resulted in the deaths of 44 striking mineworkers and a further 78 additional workers were injured.

During this year’s negotiations Lonmin took its wage offer directly to employees, sidestepping the Association of Mineworkers and Construction Union.

Lonmin was expecting a provisional return to work last Wednesday, May 14, but stated in a press release that while a lot of employees had indicated their intention to return to work, many were fearful of doing so.

The two mineworkers who lost their lives had been attempting to return to work.

The NEHAWU statement says: “We support the demands of all mine workers for a living wage and better working conditions.

“They deserve fair compensation equivalent to the dangers of their work as highlighted by the tragedy in Turkey.

“…We call on the exploitative mining companies to accede to fair and affordable demands for workers. We also call on the South African government to intervene and facilitate the process of finding a solution to this impasse.”

Lonmin has also released its latest half year figures which show the impact of strike action has resulted in platinum production falling by 41 percent.

Chief Executive Ben Magara said: “This has been a challenging first half of the year, latterly dominated by protracted industrial action across the platinum group metals sector.

“Whilst we continue to work to resolve this dispute we have also taken decisive and early action to reduce cash burn, to safeguard our great assets and protect our balance sheet integrity ahead of a safe and successful ramp-up when the strike ends.”

The financial statement also said a restructuring and job cuts were inevitable given that some of its shafts had already been loss making before the dispute, but the strikes had made the need more urgent.