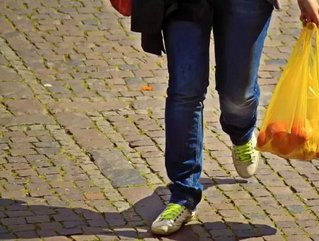 The Kenyan High Court on Friday rejected a challenge to the country’s proposed plastic bag ban, which subsequently came into force yesterday.

According to the government, the ban will help protect the environment but manufacturers of the bags have argued that 80,000 jobs could be lost.

Those who have built businesses within the plastic bag manufacturing segment stand to lose everything.

Kenyans producing, selling or even using plastic bags will risk imprisonment of up to four years or fines of US$40,000, as the world’s toughest law aimed at reducing plastic pollution came into effect.

“With the ban, I am staring at losing an estimated Sh200mn [US$1.9mn] which I have strained so much to build in the last four years. I do not know where to start and what I will do next,” said World Plastic Company proprietor Peter Burugu.

“There will be massive job losses as the about 200 plastic bags manufacturers in the country employ thousands of people directly and indirectly,” he added.

Samuel Matonda, spokesman for the Kenya Association of Manufacturers (KAM), said it would cost 60,000 jobs and force 176 manufacturers to close.

Kenya is a major exporter of plastic bags to the region.

“The knock-on effects will be very severe,” Matonda said. “It will even affect the women who sell vegetables in the market – how will their customers carry their shopping home?”

The East African nation joins more than 40 other countries that have banned, partly banned or taxed single use plastic bags, as part of a drive to help protect the environment.

Marine life often suffers from plastic bags drifting into water bodies, with animals suffocating or being strangled when they become entangled in the plastic handles.

Earlier this year, scientists revealed that one of the world's most remote islands in the Pacific was lined with vast quantities of plastic.

“If we continue like this, by 2050, we will have more plastic in the ocean than fish,” said Habib El-Habr, an expert on marine litter working with the UN Environment Programme in Kenya.

Plastic bags, which El-Habr says take between 500 to 1,000 years to break down, also enter the human food chain through fish and other animals.

In Nairobi’s slaughterhouses, some cows destined for human consumption had 20 bags removed from their stomachs.

Kenya's ban is seen as one of the toughest in the world, although officials say that for now, ordinary shoppers will be warned and have their bags confiscated.