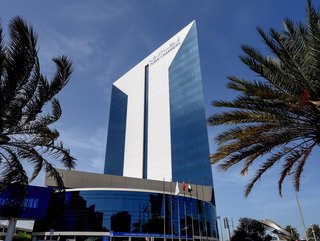 Dubai Chambers HQ in the city
HE Abdul-Aziz Abdulla Al Ghurair, Chairman, Dubai Chambers, commends leadership of HE Hamad Buamim, President & CEO, who is moving on after 16 years

The Dubai Chambers says His Excellency Hamad Buamim, President & CEO, is moving on after 16 years of service to the organisation. He will continue to support Dubai Chambers for the next three months.

Dubai Chambers is a non-profit public entity that supports Dubai’s vision as a global player by empowering businesses. Established in 1965, it has been integral to the emirate’s transformational growth and development.

Last year, His Highness Sheikh Mohammed bin Rashid Al Maktoum, Vice President and Prime Minister of the UAE and Ruler of Dubai, announced the restructuring of Dubai Chamber and the formation of three chambers – Dubai Chamber of Commerce, Dubai International Chamber, and Dubai Chamber of Digital Economy, which now operate under the Dubai Chambers umbrella. The plan is to boost Dubai’s foreign trade to AED 2 trillion (US$0.54 trillion) within the next five years.

Under H.E. Buamim’s stewardship, membership grew fourfold from 80,000 to 320,000 members – making Dubai Chambers one of the top 10 chambers in the world. He also launched 12 international offices and focussed on emerging markets, particularly in Latin America and ASEAN. He also unlocked partnerships with African nations and positioned Dubai as a gateway to Africa.

Announcing the move, His Excellency Abdul-Aziz Abdulla Al Ghurair, Chairman, said H.E. Buamim has played an instrumental role in positioning Dubai as a strategic hub for global trade and commerce.

H.E. Buamim also played a defining role in unlocking partnerships with African nations and positioning Dubai as a global gateway to Africa. He also established the Dubai Association Centre, within the Chambers, and attracted more than 80 international Associations. He also established the Dubai Centre for Responsible Business, the first organisation in Dubai focused on corporate social responsibility initiatives by businesses.

Dubai Chamber of Digital Economy has also just announced the formation of the Dubai Digital Assets Business Group (D2A2), which aims to strengthen the digital asset industry and support the growth of digital companies in Dubai.

Gaurang Desai, Chairman of D2A2, said: “We see an opportunity to turn Dubai and the UAE into a regional hub for digital assets. That is why it is very important to work towards creating a bridge for the digital asset industry to further integrate into the world economy by cooperating with counterpart organisations across the world. We wish to welcome all experts in the industry to come and join D2A2, to help us spread the principles of accountability, integrity and transparency, and promote the highest professional and ethical standards.”