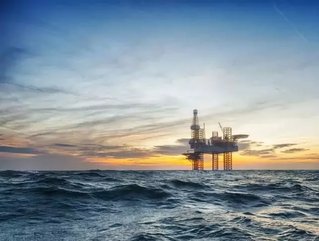 As a part of Senegal’s continued efforts to develop its oil, gas and power sector to boost economic growth, Africa Oil and Power (AOP) CEO, Guillaume Doane has met with President of the Republic of Senegal, H.E Macky Sall to discuss Senegal’s ambitious plans to bring mega oil and gas projects online and attract new operators in the market.

This October Senegal will launch its next Oil and Gas Licencing Round at Africa Oil and Power 2019 Conference and Exhibition in Cape Town. This announcement follows the signing of a co-operation between Africa Oil and Power, Cos-Petrogaz and Petrosen to drive the promotion of this next phase.

Permanent Secretary of COS-Petrogaz, Ousmane N’Diaye thanks H.E. President Macky Sall for his tremendous leadership and sees Senegal “as a well-established energy market and destination for investment.” Believing that during this new investment drive they “look forward to working with Africa Oil & Power on positioning Senegal for a new era of projects and prosperity”.

Senegal has been trailblazing when it comes to its efforts to make generating energy boost economic growth and development, to become a middle-income country by 2035. Senegal’s government aims to do this by focusing on the oil, gas and power sectors following the discovery of massive hydrocarbon reserves, with 8 major oil and gas discoveries following the Plan Senegal Emergent initiative (PSE), 2014. Moving closer to becoming a large-scale oil and gas producer.

“With discovery after discovery, Senegal has distinguished itself as one of Africa’s leading exploration frontiers. Another licensing round is certain to draw interest from a wide variety of operators,” said Guillaume Doane. “Thanks to the leadership of President Macky Sall, Senegal is a prime example of a country making energy work – creating an enabling environment for business to succeed, attracting huge international investments, while providing capacity for local power generation, industry and downstream development.”

Exploration efforts have also gone into growing the offshore sector. Through these and other key projects the national has committed itself to using its petroleum revenue to launch the Institut National du Pétrole et du Gaz (National Petroleum Institute, INPG) – Senegal’s first-ever school dedicated to oil and gas.

As a result of the implementation of PSE, discoveries and key projects, Senegal has leaped forward in its abilities boasting a 25% power generation capacity and a 64% electricity rate, a big jump from rolling blackout that West African has been prone to.