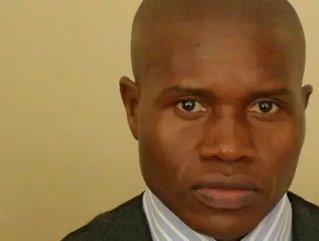 Amstead Murenge has been named as the new managing director of the company, replacing long-standing head Gareth Letherby, who has resigned to pursue other interests.

Murenge is a doyen of the outdoor advertising industry across the region, having worked in many African countries, including Kenya, South Arica, Tanzania, Mozambique as well as Zambia.

He is an accountant by training and has played a range of general management roles in many of the institutions he has been part of, bringing a wealth of experience and understanding of the local markets, culture and regulatory environment.

Meanwhile, Letherby has been managing director of Primedia Zambia since it was incorporated during the latter part of 2006, initially as the Zambian branch of Primedia Outdoor and then in 2011 as a standalone entity.

Steve Ratlou, Executive Chairman of Primedia Out of Home: “We would like to thank Gareth for the tremendous contribution he has made to Primedia Zambia. He helped to build a new business into one of Primedia’s flagship operations in Africa.

“His leadership and hard work helped us to realise the potential we saw in the Zambian market.”

Primedia Zambia has already achieved great success since it started operating in the country. The company is confident its continued investment in its people and in the Zambian market will allow it to sustain its strong growth.

“I’m very proud of what we have accomplished at Primedia Zambia and I feel privileged to have been part of such an exceptional team and company.

“I wish Primedia even greater success in the future, said Letherby, who plans to pursue other interests after his departure.

Letherby has been involved in business in Africa since 1997, when he assisted the relaunch of Kodak into southern Africa. During this time, outdoor advertising captured his attention and he spent a further 15 years, honing his skills in this medium.