Putting Uganda on the grid 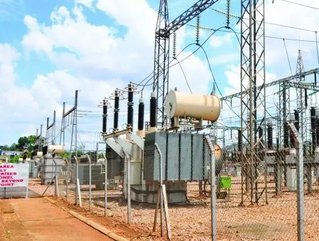 “As a business, in 2009/10 we were haemorrhaging power,” remarks Eamonn Furniss, CIO of UMEME, Uganda’s principle electricity distributor.

Translating as power in Swahili, UMEME provides more than 95 percent of the country’s electrical supply, so any haemorrhaging of the network is not only a problem for the company’s balance sheet, but also the whole of Uganda.

And the problem eight years ago was a sizable one. “Out of every dollar, 35 cents was disappearing and it was obvious this was something we had to stop very quickly,” adds Furniss, who was brought in as part of a managerial overhaul to stem the flow of losses and bring UMEME back onto a profitable footing.

Pinpointing where electricity was being lost was no straight forward task, but this can largely be split into two segments – commercial and technical. The former includes billing inefficiencies and theft, especially from larger commercial customers - a problem that persists today, albeit to a far less critical degree. Technical losses derive from energy disappearing during the process of power distribution.

“I was hired in 2009 by MD Charles Chapman, who arrived originally as Chief Operations Officer, and he really started to make things happen,” Furniss continues. “He restructured the organisation and created a new senior management team, one of those recruits being myself, the first ever CIO the organisation has ever had.

“Charles wanted technology to play a large part in the company making efficiencies, though it wasn’t just about looking at technology, it was and still is about finding the problem and asking what the solution is.”

The new approach revolved around a very simple strategy. UMEME’s new 10-strong management team simply segmented customers into two streams – big and small – an important distinction given the largest five percent of its 300,000 account holders were responsible for 60 percent of revenues in 2010.

From here, two major projects have proven to pay dividends in numerous ways. The first was the rolling out of automated meter reading, which helped UMEME to analyse consumption and theft and also allowed it to e-bill customers inside 24 hours, as opposed to 35 days.

“The project is still going strong today, and this has certainly helped achieved efficiencies and cost reduction in the large customer segment,” comments Furniss, who also describes the successful uptake of pre-paid metering, now adopted by 70 percent of the 95 percent of customers who are eligible.

Furniss reveals how these 500,000 customers enjoy the comfort of knowing what they pay for, something which they can do 24 hours a day thanks to a cashless system, now also available in 36 UMEME branches. “Mobile money technology has almost been adopted in Africa overnight, people are very much used to using it here, arguably more so than in Europe,” he says.

This has led to fewer disconnections of customers who haven’t paid and has also helped to settle bad debts. Theft has also declined steeply since these two metering innovations came into practice, with company losses now under 20 percent, a marked improvement on the 35 percent suffered in 2010. This is all the more impressive a feat given UMEME now has more than a million account holders, a figure that is expected to double inside three years.

One of the most important organisations working with UMEME is the Ugandan government and its associated institutions, including prisons, factories and hospitals.

The distinction is important, as consumers’ energy prices are fixed, while the CTS system is based on variable rates depending on the time energy is used. This is to help institutions like hospitals which require heavy power usage 24 hours a day – energy is cheaper for them in off-peak periods when there is less strain on the network.

Furniss and his team have also been busy developing award-winning apps for internal and external use. UMEME’s customer app has proven a hit since going online in 2016, with more than 13,000 users subscribed and using its functions such as billing and customer service.

This was a key priority for Furniss, who points to the surge in mobile uptake in Africa as a major driver behind the urgency to develop smart ways of connecting to the grid. “Things are changing,” he says. “You can go and pick up a smartphone for less than $100, so uptake is going up and up all the time.”

Furniss also mentions the development of internal engineering apps, designed to gather customer data when used in the field, helping to integrate technical and commercial functions. “This helps us to have greater visibility over the network, which has many benefits,” he explains. “For example, we are able to shutdown certain parts if necessary, which in the event of an accident could save lives.”

Social media is another vital channel of communication with customers. UMEME now has a team of 15 managing various accounts on WhatsApp, Facebook and Twitter, accounting for 40 percent of all call centre activity, which in turn is making more efficient use of time.

While the 2010 restructuring and ensuing technology projects have transformed the fortunes of UMEME and Uganda’s electricity provision, the challenges that lie ahead are about to magnify, not least because of an imminent surge in supply and demand thanks to a massive hydroelectric dam being built on the Nile.

“That’s another interesting thing about Uganda,” comments Furniss. “We’re virtually 100 percent hydro electricity generation at this stage. At the moment our maximum demand is about 520 MW, and we have about 600-620 MW available.

“In 2018/19 we have additional 1,000 MW coming online thanks to the Simba Dam on the Nile. This will mainly feed industry, as domestic electricity use among Ugandans is generally still very low.”

Simba represents a huge step forward in terms of being able to provide affordable, sustainable power for Uganda, but the challenge for Furniss very much lies in how to handle this extra capacity in a way that is efficient and smart.

He concludes: “The journey is not yet over. If you look at the world over technology is infiltrating utilities with the likes of smart metering and advanced metering, which allows you to see usage across entire networks.

“I think the elephant in the room is how to manage these enormous networks. We expect to double our customer base in three years, so managing this exponential growth is paramount and acting on all of that information that comes in.”