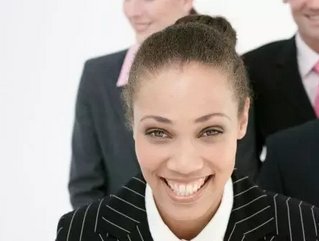 South Africa’s economy is projected to steadily grow with 2.7 percent in 2014 and 3.2 percent in 2015, and according to Kobus Engelbrecht, spokesperson for the Sanlam / Business Partners Entrepreneur of the Year® competition, this growth will result in many opportunities for local entrepreneurs.

He said that as South Africa’s economy grows, so will the amount of business opportunities available for entrepreneurs to take advantage of.

“South Africa currently offers many new and exciting opportunities for entrepreneurs. However, in order to capitalise on these opportunities, the country’s entrepreneurial spirit needs to be both promoted and encouraged amongst the public,” He said.

The recently released Global Entrepreneurship Monitor 2013 Global report, which measures the levels of entrepreneurial activity between economies, revealed that in the Sub-Saharan African (SSA) region an average of 69 percent of all respondents believe that there are opportunities available to start a business, 47 percent have intentions to start a business and 74 percent are confident in their own skills to start a business.

Engelbrecht said that these figures are extremely encouraging for the growth of an entrepreneurship culture in the region, yet South Africa – ranked as the largest economy in Africa by the World Bank – achieved levels below average in these categories.

“These figures highlight the need for a culture of entrepreneurship to be fostered as opportunities are abound and many individuals possess entrepreneurial characteristics.

Awareness around how to capture these opportunities and how to develop these skills just need to be created.”

“The report also revealed that SSA had the highest average of Total early stage Entrepreneurial Activity (TEA), which refers to those individuals in the process of starting a business and those running new businesses less than 3.5 years old, when compared to the other global regions.

“While SSA reported an average of 26.6 percent, South Africa’s TEA is however only 10.6 percent, and the lowest in the SSA region.”

While TEA contributes to dynamism and innovation in an economy, established businesses are an important source of stable employment for the economy.

Englebrecht said:  “These figures need to remain balanced as while it is important that entrepreneurship is promoted, it is also key to support business growth in order to ensure that SMEs survive the first three year of existence, which are the most risky.”

“Government has acknowledged that small businesses play a pivotal role in job creation and economic growth, and in order to grow both these numbers, investment into small business must be provided.

“As a result training development initiatives offered by Government, such as Small Enterprise Development Agency (Seda), have been put in place to assist with the development of entrepreneurs and therefore minimise risk.”

He said that the culture of entrepreneurship in the country is growing slowly and it is starting to be viewed as a legitimate career option. “The 2013 report highlighted that 74 percent of respondents in South Africa, believe that entrepreneurship is a good career choice.

“Individuals starting their entrepreneurial journey do however need to be aware of the challenges they may face so that they are prepared for the ups and downs of running a business. Although they may experience bumps along the road, it will be the most rewarding challenge they have ever undertaken,” concluded Engelbrecht.