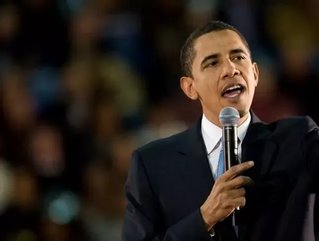 1. He travelled to Africa several times

In total, Obama took four trips to Africa and visited seven African countries – more than any other US president. Additionally, he became the only sitting US president to visit Kenya and Ethiopia.

2. He boosted military support on the continent

Cameroon, Chad and Somalia benefited from increased military support from the US. During the his administration, Obama aimed to fight al-Shabab and Boko Haram, establishing military outposts in more than 10 African nations. Obama’s predecessor, George Bush, started drone strikes against alleged Islamic militants in Somalia. Obama continued these during his presidency. His actions are not without comment - several of his military operations have attracted criticism from human rights organisations.

President Obama initiated Power Africa in 2013, with the aim to double electricity access for sub-Saharan Africans using renewable energy. The target was to add 30,000 megawatts by 2030, but has only generated 2,000 megawatts so far. Despite this criticism, energy businesses operating in Africa say the program has boosted investor confidence.

In 2014, 50 African leaders travelled to Washington DC for the first ever US-Africa Leaders’ Summit. At the conference, the president announced a £33 billion package of public and private investment.  Announced policies stressed ‘trade rather than aid’, i.e. a shift from humanitarianism to sustainable growth.

In 2013, Sudanese philanthropist Mo Ibrahim said there had been “a gradual but continuous withdrawal of the U.S. from Africa … all the more disconcerting that it is happening even when a son of our continent is in the White House”. Under Bush's administration, US aid to sub-Saharan African states increased four-fold, from $1 billion in 2002 to $8.1 billion in 2010, according to the Congressional Research Service. However, this figure rose to an estimated $9bn (£7.2bn) under Obama, maintaining the US’ place as Africa’s largest bilateral donor.

6. He increased HIV treatment and started up hospitals for Ebola victims

Obama increased the number of people receiving treatment for HIV/AIDS from 1.7 million in 2008 to 6.7 million by 2013. In 2014, he deployed 3,000 US military workers to build hospitals in Liberia in order to to treat Ebola victims.

7. He did not expand the African Growth and Opportunity Act (AGOA)

AGOA is a US trade act set up by the Bush administration in 2000. The legislation aims to enhance market access to the US for qualifying sub-Saharan African countries. In 2015, 52 percent of African exports to America consisted of oil and gas. This is seen as a disappointment to those who believe that Africa shouldn’t rely on unstable, commodity-driven deals, and should instead be increasing trade in areas such as technology and healthcare.