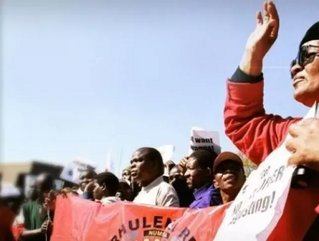 Members of South Africa's National Union of Metalworkers (NUMSA), downed tools yesterday at the start of a strike by more than 200,000 engineering and metal workers that it is feared could have severe consequences for a number of key industries and the wider economy.

The strike came as negotiations over a 12 percent pay rise yielded no progress, although the demand of nearly double the inflation rate of 6.6 percent has been revised down from 15 percent since talks began in March.

The union's General Secretary, Irvin Jim, said: "As we have still made no progress with the negotiations, we are reminding everyone that our demands include a 12 percent wage increase."

NUMSA members account for half of the 400,000 workers in the engineering and metals sector. Jim said company bosses had remained "stubborn and intransigent" during a series of negotiations with the union.

Sectors including telecoms, electrical engineering, steel and plastics are expected to be hit hardest by the open-ended strike, and while automotive employees will not take part, the sector is still likely to be affected by strikes by component workers.

It is also feared the latest strike could cause further delays at two power stations being built by state utility Eskom.

The new action follows the five-month platinum sector walkout of 70,000 workers led by the Association of Mineworkers and Construction Union, which ended last week, and saw the nation’s economy contract 0.6 percent in the first quarter of 2014.

Deals were successfully agreed with mining companies Lonmin, Impala Platinum and Anglo American Platinum, which will see the lowest paid workers' salaries rise by around 1,000 rand (£55) a month each year until 2017, and employees receiving back pay within seven days of returning to work

NUMSA will hold solidarity pickets in major cities today, and are expected to be joined by civil society groups and employees of Eskom.