South Africa the stage for the 10th BRICS Summit 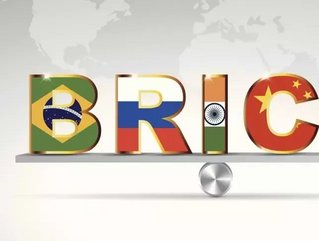 The 2018 BRICS Summit (Brazil, Russia, India, China, South Africa) will be hosted in South Africa, with the aim of continuing cooperation and development between the regional economic powerhouses.

South African President Jacob Zuma announced the news whilst addressing the BRICS Business Forum, stating that South Africa will welcome attendees with the aim of fostering investment opportunities and partnerships.

Chinese President Xi Jinping met with Zuma following the announcement, vowing to deepen cooperation with South Africa and Africa as a whole, including a greater level of political trust and mutual understanding on key considerations.

"China intends to work with South Africa to implement the Belt and Road Initiative and the outcomes of the Johannesburg summit of the forum on China-Africa Cooperation, and to deepen cooperation in an all-round way and advance bilateral relations to a new level," Jinping said.

The announcement comes in the same week as the BRICS New Development Bank announcing its aim to make $4bn in loans over the course of 2018, up from the $1.5bn in 2016 and $2.5bn expected this year.

The bank has invested in 11 projects to date, largely focused on renewable and clean energy initiatives, including a $250mn loan to India to fund its multiple clean energy projects that will generate 500MW of energy, saving 800,000 tonnes of Carbon emissions annually.